Climate change takes from the poor, gives to the rich, study finds 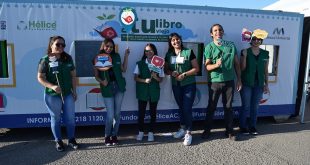 HELICE FOUNDATION CELEBRATES 13 YEARS OF PROMOTING CARE FOR THE ENVIRONMENT 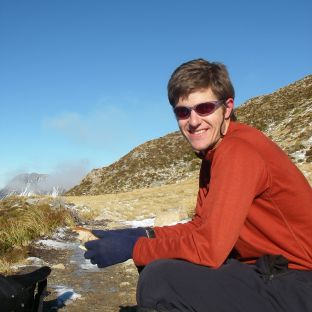 As fish and other natural resources move in response to climate change, wealth moves with them

Summary: Fish and other important resources are moving toward Earth’s poles as the climate warms, and wealth is moving with them, according to a new paper.

Fish and other important resources are moving toward Earth’s poles as the climate warms, and wealth is moving with them, according to a new paper by scientists at Rutgers, Princeton, Yale, and Arizona State universities.

Climate change is forcing some species of migrating fish to shift their range toward the poles, which means big changes for people whose livelihoods depend on those fish.

“What we find is that natural resources like fish are being pushed around by climate change, and that changes who gets access to them,” said Malin Pinsky, professor of ecology & evolution in the School of Environmental and Biological Sciences.

The stronger and more conservation-oriented the natural resource management in a community, the higher the value that community places on its natural resources, whether those resources are increasing or diminishing, Pinsky reports. If wealthier communities and countries are more likely to have strong resource management, then these wealthy groups are more likely to benefit, thus exacerbating inequality.

Pinsky and his co-authors have published their findings in the journal Nature Climate Change.

Pinsky his co-authors report that “inclusive wealth” — not just fish, but plants and trees and other species important to human beings — is shifting out of the temperate zones and toward the poles as global temperatures rise. Inclusive wealth is the sum of a community’s capital assets, including natural assets like fish or trees, but also human health and education, as well as built assets like roads, buildings and factories. Because climate changes unevenly from place to place, natural assets migrate — or reproduce — unevenly.

Their paper uses data Pinsky developed in his studies of fish migration and a mathematical formula developed by Yale University economist Eli Fenichel to illustrate the relationship between the movement of resources and the movement of wealth.

To illustrate their point, the authors set up a model with two fictitious communities, Northport and Southport, each dependent to some degree on a particular fishery. The authors then imagined scenarios of interaction between the two communities, their fish stocks, and each other.

The Nature Climate Change paper is the first of several projects for this research team, which includes Bonnie McCay, professor emerita of human ecology at Rutgers; Kevin St. Martin, associate professor of geography in Rutgers’ School of Arts and Sciences; Princeton biologist Simon Levin; and Joshua Abbott, associate professor of sustainability at Arizona State University. The projects are part of a $1.4 million grant from the National Science Foundation.

“We tend to think of climate change as just a problem of physics and biology,” Pinsky says. “But people react to climate change as well, and at the moment we don’t have a good understanding for the impacts of human behavior on natural resources affected by climate change.”

One of the next projects for the team will tilt to the human side of the equation. St. Martin and will spend part of the coming spring and summer on the road, talking to people involved in commercial fishing for summer flounder and hake in communities from Cape May, New Jersey, to Portland, Maine.

2016-03-07
Admin
Share
Previous US election 2016: Super Tuesday tests candidate
Next Why the jobs report is more important than usual

Humanity’s vision towards the environment

By: Mario Beltrán Mainero Consul for Community and Political Affairs at the Consulate of Mexico …