Breaking News
Home / LEGAL / The California Innocence Project by the California Western School of Law, Its Roots, History and Work.

By: Alissa Bjerkhoel, Attorney at Law

Wrongful  convictions  have plagued  the  United  States nearly  since its inception.  The first documented wrongful convictions  in  the  United  States  occurred between the years 1647 and 1693 when over 36 people, mostly women, were executed for witchcraft.  Their trials and executions became infamously known as the Salem Witch Trials and were the product of mass hysteria, false accusations, and a lack of due process.  Wrongful convictions have continued since that time and include notable cases such as that of William Marion out of Nebraska who was tried and hanged for the murder of his friend Jack Cameron in 1887.  Jack reappeared in 1891, making William Marion’s case the first documented wrongful execution in a murder case where the victim was, in fact, alive.

The organization that pioneered help for the wrongfully convicted in North America, serving the United States and Canada, was a non-profit named Centurion Ministries.  Centurion Ministries was founded in 1983 in New Jersey.  Their mission to help the wrongfully convicted gained traction and, by 1992 Barry Scheck and Peter Neufeld founded the Innocence Project in New York.

Due to the great need for assistance to these innocent people, other independent innocence projects started popping up all over the country and formed the Innocence Network.  Currently, there are 69 Innocence Network organizations from the United States and around the world.  These organizations include independent nonprofits as well as organizations affiliated with law schools or other educational institutions, units of public defender offices, and pro bono sections of law firms.  They provide pro bono legal services to the wrongfully convicted and work, not only to get innocent people out of prison and support them when they are free, but also to improve the criminal justice system so that such wrongful convictions can be prevented and rectified. Each organization is independently funded and receives no funding from the Innocence Project founded by Barry Scheck and Peter Neufeld nor any other innocence organizations.  They are largely funded by grants and donations.

The success of the Innocence Network organizations has been tremendous.  To date, there are over 1,700 exonerations nationwide.  Of those, 156 are exonerations from death row and 337 are exonerations obtained through post-conviction DNA testing. DNA technology has certainly revolutionized the nation’s criminal justice system and has become the foremost technique for conclusively identifying and excluding criminal suspects in cases where biological material is left at a crime scene.  Indeed, of the 337 DNA exonerations, 140 real perpetrators of the crime have been identified through DNA.  The work of the Innocence Network organizations, therefore, is not only important in obtaining the release of the wrongfully convicted, but of ensuring public safety by getting the real perpetrators off of the streets. 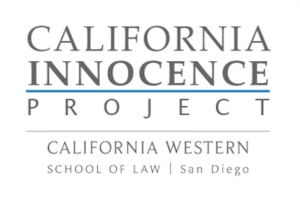 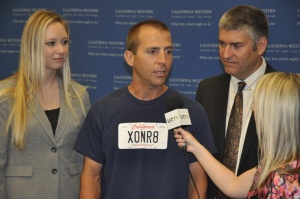 The California Innocence Project’s most recent exoneration happened on November 23, 2015 when Judge William Ryan of the Los Angeles Superior Court exonerated Luis Vargas after 16 years of wrongful incarceration for three rapes he did not commit.  His conviction was based on eyewitness identification.  Just before being sentenced, Luis addressed the court, stating, “. . . I will pray for God’s mercy on all of you . . . but as far as I’m concerned, as far as I’m concerned [the] individual [who] really did these crimes might really be raping someone out there, might really be killing someone out there.”  He was right.  Unbeknownst to the public at the time, a methodical serial rapist known only as the “Tear Drop Rapist” was committing eerily similar crimes. The Tear Drop Rapist committed over 30 attacks in the last decade, all within a 1.6 mile radius of the three attacks in Luis’s case. Sadly, it would take almost fifteen years, dozens of sexual assaults, and many advances in DNA science for anyone to see Luis was speaking the truth.  In 2013, the California Innocence Project had DNA testing conducted on the physical evidence in Luis’s case.  The DNA test results revealed Luis did not commit the rape, but the “Tear Drop Rapist” did. 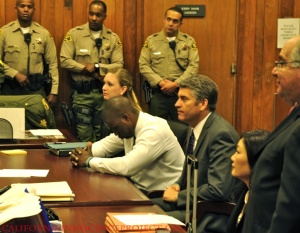 California Innocence Project client Uriah Courtney, unfortunately, had a similar experience.  He, too, was wrongfully convicted of perpetrating a sexual assault on a young girl in San Diego.  His conviction, like Luis’s, was based upon faulty eyewitness identification.  During sentencing, he stated, “I am an innocent man who has been wrongfully accused of a crime for something I did not and would not ever commit . . . and now because it is I who have been convicted of this crime, [the victim’s] real attacker is out there somewhere.  Every time I read an article in a newspaper of another women who has been attacked makes me feel so sad and depressed because I can’t help but wonder if it is the same man who attacked [the victim] and is the cause of all of this . . . I hope and pray for us both that the man who really attacked [the victim] is captured and brought to justice so he can’t hurt anyone else so we both may have peace in the justice we seek.”  It would be 8 years before such justice would come.  In 2012, post-conviction DNA testing on biological evidence revealed that he was innocent.  Further, the DNA identified the true perpetrator of the crime who had been committing similar assaults.  On June 24, 2013, he was finally exonerated by a San Diego County Superior Court. 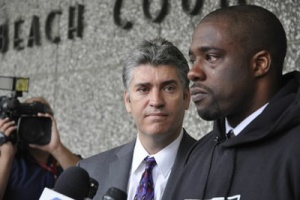 Some of the California Innocence Project clients’ convictions, however, were not the product of faulty eyewitness testimony.  Ken Marsh and Alan Gimenez were unfortunate to have invalidated science presented in their cases.  John Stoll and Timothy Atkins were the targets of perjured testimony.  So was Brian Banks, whose case made national news when his rape accuser admitted she had lied about accusing Brian of raping her on their high school campus.  The accuser had obtained a $1.5 million settlement from the school district after making the accusations for a lack of proper security on campus.  Brian’s story struck at the heart of the American dream.  A young, promising athlete with nothing but a bright future was suddenly thrown into the bowels of California’s criminal justice system.  His full-ride scholarships were ripped from him and he completed a GED from behind bars.  Brian’s luck changed drastically upon his exoneration.  In just two years, Brian went on to play professional football with the United Football League and later signed with the Atlanta Falcons of the NFL.  He also became an activist for other wrongfully convicted men and women and is a nationally recognized public speaker.  Last year, Brian successfully signed a feature film deal which will chronicle his life.

The tragedy that has befallen these individuals is astronomical.  Not just due to the lost opportunities, but due to the sheer loss of time they suffered.  Michael Hanline, for example, went to prison in his 30s and was released in his 60s after serving 36 years for a murder he did not commit.  Michael holds the record for the longest wrongful incarceration in California history.  Timothy Atkins went to prison at age 17 and was released after his 40th birthday.  California Innocence Project clients have served, on average, 20 years of prison time before finally obtaining their freedom and these are just the tip of the iceberg. 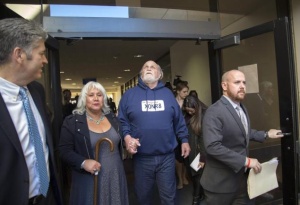 If you would like to help the California Innocence Project free wrongfully convicted men and women who are imprisoned for crimes they did not commit, please visit www.CaliforniaInnocenceProject.org and click on “Take Action.”  To submit a case, click on “Legal Assistance.”