IVC Board of Education Will Fill Area One Vacancy 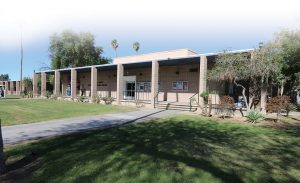 The Imperial Valley College Board of Trustees will appoint a new member to their team to fill up the vacancy position left by Annette Gonzalez-Buttner.

Her sentencing for electoral fraud left an immediate vacancy on the Area 1 District that covers the city of Calexico and Heber. Despite the efforts by Calexico-based organizations to hold a special election, the board decided to appoint someone. The only trustee to support a special election was Isabel Solis.

“We are disappointed that ultimately six trustees who reside outside of Calexico/Heber will select our next trustee. We hope that the board heard the desire for new perspectives and experiences representing Area 1. Appointments aren’t a neutral mechanism for filling elected officials, they are biased in favor of past officials and grant appointees an “incumbent’s advantage” in the following election. That they are past practice does not make them just,” said Luis Flores, member of the IV Equity and Justice Coalition.

Imperial Valley College is the largest higher education institution in the county, a dynamic thoroughfare for a majority of local graduates who pursue higher education. Yet for the most part, the composition of the IVC Board of Trustees reflects infrequent turnover and less representation from recent IVC graduates.

Gonzalez-Buttner’s election in 2020 brought in a transition in the Area 1 seat, held by Calexico restaurant owner Louis Wong since 1999. Currently, the youngest trustee on the board is in their late 40s. The student-trustee seat on the board plays a non-voting role.

The organizations argued that an appointment option turns a democratic process into a job application, biased in favoring past officials who might be said to have ‘more experience,’” reads the petition. “But elections aren’t simply about the official experience, they are about the values and vision a community seeks to empower and bring into leadership. Only elections can determine that.”

Flores said the area needs young professionals to be new representatives of high education and bring something new to the table. Flores said that no members of the Calexico groups have expressed interest in running.

“No IVEJC, CUAC, or CNC member has intended to run for the seat. But on May 16 we put out a call to assess interest for the position. We were contacted by two previously unelected, but highly qualified young community members who were interested in running. We hope their applications will be considered thoughtfully,” Flores said.

So far, there are rumors that former Trustee Louis Wong, who was defeated by Gonzalez-Buttner in November, could be one of the people that could apply for the position.

“While the formal appointment process hasn’t begun, we are aware that three Calexico officials outvoted in 2020 have expressed interest in the appointment. We want to hear what vision for higher education these outvoted officials have, and are disappointed by the rush to the side door of official power,” he said.

Those interested in applying for the position have until July 15 to submit their application. The tentative day for the selection of the new board member will be at a special meeting on July 20 at 6 p.m.