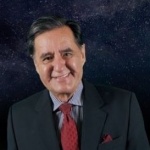 For the astronaut José Hernández who among his clients at Tierra y Luna Engineering Company are Boeing and NASA, the new concept that, at the initiative of Mayor Santos González Yescas of San Luis Río Colorado, Sonora, has woven with the acceptance of Imperial County California and the Mayor of Yuma Arizona Douglas Nicholls, and with the advice of experience in the matter of Pimsa Developments, this economic hub is created, unique in the border, which unites two nations, four states, and four cities.

Thinking outside the box is important, as Beyond Borders editor Ellie Burgueño says about her article “Change to Progress”.

This cruise as seen in the graphic stands out the binational market of 70 million people that generate a market of 4.3 trillion dollars, Wow! A significant amount!

But how to capitalize this? My opinion is to simply apply fewer politics every day and simply work more. It’s not complicated. Yes, we can! 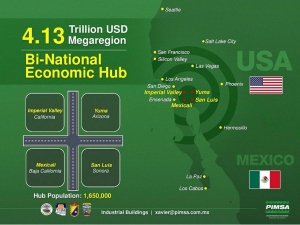 The water, the precedent of industrial Mexicali, of Yuma, the agroindustrial, of the Imperial Valley, the agricultural and commercial, as well as SLRCS taking traction in the attraction of manufacturing and agricultural companies, as well as potential tourism with Santa Clara and San Felipe, are the perfect mix to enhance the region. What are we waiting for?

Dear readers, these are historical moments of change in Mexico with President López Obrador and here in the US with the Trump administration.

It is time to cover our ears to those who say: “No we can’t.” I have completed 45 years in investment management and I have always met people who say that “They can’t.” I remember when we chose to attract aerospace companies, what happened? We simply ignored those who say “We can’t” and we began to act in a channel of Yes, we can! Momentum!

2019-01-20
Admin
Share
Previous Crucero Económico Binacional
Next The Alement in Yuma, Arizona hosted their first musical performance of the year