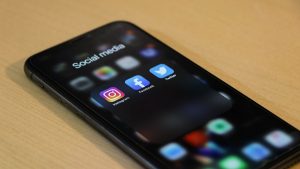 Anxiety and doubt were the reaction among social media users on Oct. 4 around the world as Facebook, Instagram, and WhatsApp were down for many hours.

The social media giants were not available for us for most of the day causing communication problems among people who rely on those platforms for work or personal use.

Facebook said late Monday that it’s been working to restore access to its services and is “happy to report they are coming back online now.” The company apologized and thanked its users for bearing with it. But fixing it wasn’t as simple as flipping a proverbial switch. For some users, WhatsApp was working for a time, then not. For others, Instagram was working but not Facebook, and so on.

But the bad news didn’t stop there.

Mark Zuckerberg’s wealth has fallen by more than $6 billion in a few hours, knocking him down a notch on the list of the world’s richest people, after a whistleblower came forward and outages took Facebook Inc.’s flagship products offline.

A selloff sent the social-media giant’s stock plummeting 4.9% on Monday, adding to a drop of about 15% since mid-September, according to Bloomberg.

Facebook’s problems started on Sunday when a whistleblower came out publicly on 60 Minutes exposing how the company was not being honest with the public.

A data scientist who was revealed Sunday as the Facebook whistleblower says that whenever there was a conflict between the public good and what benefited the company, the social media giant would choose its interests.

Frances Haugen was identified in a “60 Minutes” interview Sunday as the woman who anonymously filed complaints with federal law enforcement that the company’s research shows how it magnifies hate and misinformation.

Haugen, who worked at Google and Pinterest before joining Facebook in 2019, said she had asked to work in an area of the company that fights misinformation since she lost a friend to online conspiracy theories.

She said Facebook prematurely turned off safeguards designed to thwart misinformation and rabble-rousing after Joe Biden defeated Donald Trump last year, alleging that contributed to the deadly Jan. 6 invasion of the U.S. Capitol.

At issue are algorithms that govern what shows up on users’ news feeds, and how they favor hateful content. Haugen said a 2018 change to the content flow contributed to more divisiveness and ill will in a network ostensibly created to bring people closer together.

Despite the enmity that the new algorithms were feeding, Facebook found that they helped keep people coming back — a pattern that helped the Menlo Park, California, social media giant sell more of the digital ads that generate most of its advertising.