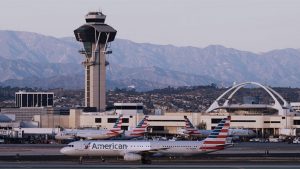 The Transportation Security Administration (TSA) announced the implementation of a new gender option for the TSA PreCheck application process.

The TSA PreCheck program application has been updated to include an additional gender marker option to better serve non-binary and gender non-conforming Americans. This action will ensure the TSA PreCheck system accurately reflects traveler gender. As of April 2022, TSA has allowed TSA PreCheck applicants to select their gender based on self-attestation, regardless of the sex assigned at birth.

“TSA remains committed to ensuring all travelers are treated with respect and dignity,” said TSA Administrator David Pekoske. “This new TSA PreCheck enrollment feature reaffirms our commitment to equality and inclusion for all people, including the LGBTQI+ community.”

This new gender marker option will not impact the security screening process. Security screening is conducted without discrimination against travelers based on their race, color, sex, gender, gender identity, national origin, religion, or disability.

As part of International Trans Day of Visibility this past March, the Department of Homeland Security (DHS) announced new measures to better serve all Americans, regardless of their gender identity. Through technology updates, process changes, and expanded partnerships, TSA and CBP are improving their screening procedures and ensuring they are conducted in a manner that respects the dignity of each individual. These measures are part of a concerted effort by the Biden-Harris Administration to advance equality for transgender, non-binary, and gender non-conforming Americans.

TSA will update its current Advanced Imaging Technology (AIT) scanners with new technology that increases security and efficiency by reducing false alarm rates and pat-downs for the traveling public. By replacing the current, gender-based AIT system, this new, more accurate technology will also advance civil rights and improve the customer experience of travelers who previously have been required to undergo additional screening due to alarms in sensitive areas. TSA will begin deploying this new technology in airports throughout the country later this year.

They will also be working closely with air carriers across the nation to promote the use and acceptance of the “X” gender marker to ensure more efficient and accurate passenger processing.

In addition, Customs and Border Protection provided a job aid and memorandum to all staff that will serve as a guide for facilitating effective communication with the diverse public CBP serves, including LGBTQI+ individuals. The guidance includes using gender-neutral language and an individual’s self-identified pronouns and names.