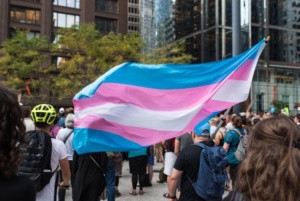 The Department of Housing and Human Services announced the reversal of an ObamaCare rule that sought to protect transgender rights and abortion access.

The policy redefines gender as a person’s biological sex, whereas an Obama-era regulation defined sex as “one’s internal sense of gender, which may be male, female, neither, or a combination of male and female.” Under the new policy, hospitals and insurers, on the basis of religious freedom, can refuse to provide services such as abortions and gender-transition procedures.

“HHS respects the dignity of every human being, and as we have shown in our response to the pandemic, we vigorously protect and enforce the civil rights of all to the fullest extent permitted by our laws as passed by Congress.  We are unwavering in our commitment to enforcing civil rights in healthcare,” Roger Severino, Director of the Office for Civil Rights at HHS.

“1 in 3 transgender individuals in the US report experiencing discrimination in health care.” The ACLU stated, “In states around the country, we at the ACLU are fighting to prevent trans and non-binary people from being turned away from health care.

In 2016, new regulations were published stating that any health care provider or health insurance company that receives federal funds, as well as state Medicaid agencies and Obamacare health insurance exchange marketplaces, must give transgender people equal treatment, and transgender people have the right to make civil rights claims if such entities deny them coverage or necessary care because they are transgender.

In May 2016, the Obama administration issued guidance that directed public schools to let transgender students use bathrooms and locker rooms matching their gender identity and to use the student’s preferred name and pronouns.