The two visions of international relations

At the academic level, there are two main views on international relations: realism and liberalism. These two visions are not only theoretical filters that serve to understand the interactions between countries. They also show us, at a philosophical level, how the human universe is perceived.

Realism tells us about an anarchic world in which states act to further their interests, in principle, without any limitation. In the perception of the realists, the international environment is very similar to the chaotic natural condition of human society that Thomas Hobbes envisioned. For Hobbes, in the case of human society, the problem is solved through the social contract and the creation of the Nation-State that authoritatively regulates social interactions. But, at the international level, this possibility does not exist because countries are not governed by a central government that imposes laws and enforces them.

Realism explains international relations in a very simple way: countries are billiard balls colliding with each other, and what prevails, in the end, is the power of each of the actors in the system. For those who see the world in this way, the most important thing for a country that wants to guarantee its existence and well-being is to increase its military and economic power, either directly or through alliances (which will always be pragmatic, not based on principles or benevolence). Realism, which emphasizes competition and conflict, is a grim vision of international relations and therefore of human nature. 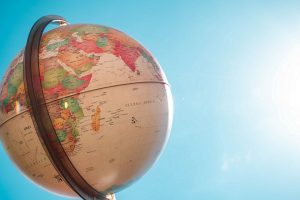 On the other hand, liberalism goes beyond the state as a unitary actor in international relations and is based on liberal notions about the individual, its rights, and the institutions that protect them. Liberalism, as a theoretical framework of international relations, considers that countries do not have the need to confront each other and that through collaboration schemes they can achieve their national interests. Through the creation of institutions (laws, regulations, organizations, etc.), states can create regimens of conduct that put a brake on the power of other states and generate trust, allowing them to jointly obtain benefits either by exchanging goods and services or solving shared problems.

Although liberalism is sometimes branded as utopian, its adherents do not deny that there are deep imperfections in human nature—and thus in state governments—that breed conflict, such as greed and the desire for power. But this view also takes into consideration the positive aspects of homo sapiens: the ability to cooperate, to negotiate in good faith, and to be empathetic.

As I wrote in the first lines, I think that the vision that one has of international relations is closely linked to the way one sees life in general. Those who consider that life is a jungle and that each person has to fend for his or herself with the least possible outside interference will be closer to the realists (and to the right, politically speaking). Those of us who still believe in “the best angels of our nature”, as Abraham Lincoln described the most praiseworthy side of the human being, will continue to be liberals.