Breaking News
Home / BUSINESS / The creation of your brand

The creation of your brand 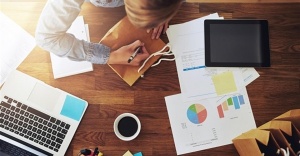 When creating a company, one of the most important steps is the name it will have and what it will use to distinguish itself from other companies in the market. Undoubtedly, employers often take up marketing issues by choosing the name your company will have.

However, rarely do they contemplate the legal part and although they can get away with it, there is also the possibility of facing major problems when trying to register a trademark whose creation did not take into account the law, which is directly related to not being able to register a brand that has been used and that has positioned the company (with the costs and the time invested) in the trade.

In the first place, when creating or giving name to the company, what cannot be registered must be taken into account: generic denominations (such as coffee to sell coffee), descriptive (nutritious for food), related to certain companies or people (celebrity names), that go against the moral (high-sounding words), some names of famous places for certain products (Lion to sell shoes), acronyms of official bodies (FIFA, INE, IMSS) are some examples of the most common; also the other recurrent obstacle is the existence of a registered trademark equal or very similar to the same products or services.

When creating the name for a company or any other project (association, start up, business) it’s important to rely on an expert and avoid using any name from which registration can’t be obtained in the future, or to see which modifications would be allowed in a registration, because in the case of descriptive or generic words the addition of another fictitious name would give the possibility of obtaining a registration (at a time when the mark has not been positioned and changes can be easily made); for instance, the word coffee to sell coffee could not be registered because it’s generic, but by adding an invented or foreign name such as Café Vinti or Café Jovial, registration could be obtained.