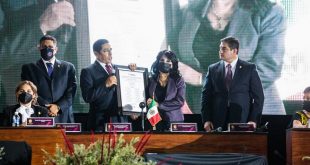 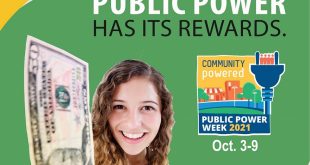 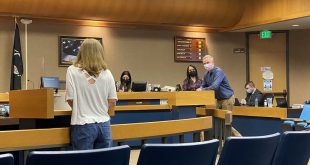 United States v. Texas, a challenge to the president’s executive actions on immigration, will be a linchpin of election-year politics.

WASHINGTON — An eight-member Supreme Court appeared skeptical on Monday that President Barack Obama’s decision to defer deportation for millions of undocumented immigrants could be subject to a multi-state legal challenge in a court of law.

At issue in the 90-minute hearing in United States v. Texas — perhaps the most deeply political and consequential case the justices will decide this year — are the president’s executive actions on immigration, which have been on hold for more than a year as a result of a conservative challenge from Texas and 25 other states.

If Texas and the other states are allowed to sue, “then every case of political disagreement where states disagree [with the federal government] would come before the court,” said Justice Stephen Breyer.

At the heart of the case are two constitutional questions: Whether the states have legal “standing” to sue over how the federal government administers immigration policy, and whether the policy itself complies with the mandate that the president “take care” that the laws be faithfully executed.

On this latter point, centrist Justice Anthony Kennedy, who in 2012 largely sided with the federal government in another immigration case, seemed to share the concern of the conservatives states that sued to invalidate the president’s programs.

“It’s as if the president is setting the policy and the Congress is executing it,” Kennedy said. “That’s just upside-down.

Immigration activists rally outside the Supreme Court as it hears arguments in a multistate challenge to President Barack Obama’s executive action to defer deportation of millions.

But rather than dwelling on that concern, the justices spent far more time debating the preliminary issue of “standing” — a legal requirement that every litigant must meet before stepping foot in a courtroom. If the court were to find that Texas lacks legal standing, then the lawsuit would be dismissed.

On that point, the state of Texas has argued that Obama’s decision to defer deportation harms the state because it would create a new class of immigrants who would be eligible for driver’s licenses under state law — which in turn would cause the state to take a financial hit.

“Texas says, ‘Our injury is we have to give driver’s license here, and that costs us money,’” said Chief Justice John Roberts in an exchange with U.S. Solicitor General Donald Verrilli, who stood up for the validity of the two programs being challenged — Deferred Action for Parents of Americans and Lawful Permanent Residents program, or DAPA, and an extension of the Deferred Action for Childhood Arrivals program, also known as DACA.

Roberts, as the institutional head of the federal judiciary, may have an interest in issuing a narrow ruling denying states unfettered ability to sue in federal courts — a real prospect that could clog the court system with political lawsuits over policy disagreements with the federal government.

“Texas is already using this theory to sue the United States based on the resettlement of Syrian refugees in Texas, and that will just be the beginning,” warned Verrilli later in the hearing.

Alex Bendana, La Marisoul and Miguel Ramirez of “La Santa Cecilia” perform during the Fight For Families Rally in front of the Supreme Court Monday.

Turning Texas’ allegation of economic harm on its head, Justice Sonia Sotomayor, who is Latina, appeared to empathize with the vast swaths of undocumented immigrants who are otherwise productive members of society.

“You know, you keep saying that, ‘deep economic significance,’” she said. “Those nearly 11 million unauthorized aliens are here in the shadows. They are affecting the economy whether we want to or not. The answer is, if Congress really wanted not to have an economic impact, it would … allot the amount of money necessary to deport them, but it hasn’t.”

Time and again, the hearing shifted to the words “lawfully present,” which appeared in the memorandum the Obama administration issued when the deferred action programs were first announced. Verrilli acknowledged the words have “caused a terrible amount of confusion” because opponents of the programs took them to mean that it would grant recipients legal status in the country.

But Verrilli said that in “the immigration world” the phrase simply means that immigrants without status are “tolerated” and do not face a threat of deportation — and that the government could very well strike it from the memorandum and the policy would continue to have the same operative effect.

This drew a rebuttal from Justice Samuel Alito.

As the court wrestled with this seeming tautology, it fell to Justice Elena Kagan to press Texas Solicitor General Scott Keller on whether his state’s “real gripe” was  designating someone a low-priority immigrant not subject to deportation — which he conceded the government had the power to do — or the incidental benefits that come with that designation, such as work authorization and Social Security benefits.

Those nearly 11 million unauthorized aliens are here in the shadows. They are affecting the economy whether we want to or not. The answer is, if Congress really wanted not to have an economic impact, it would … allot the amount of money necessary to deport them, but it hasn’t.Justice Sonia Sotomayor

If the court rules for the Obama administration on one or more of these points and lifts the hold on the programs, as many as 3.7 million undocumented immigrantscould gain a postponement from deportation. A ruling for the president could also shift the perception — real among those whose families have been caught up in raids and deported despite not posing a threat to public safety — that he is a deporter-in-chief, and would allow him to leave office a champion of immigrant rights.

Meanwhile, outside the court, several planned demonstrations brought to bear the public rift over the issue of immigration, with elected leaders, immigrant rights advocates, labor groups and even Tea Party supporters all staging their own protests in favor of or against the president’s executive actions on immigration.

In the end, the Supreme Court may choose to not inject too much fuel in election-year politics and issue as narrow and uncontroversial ruling as possible — along with the recognition that deciding not to deport vast groups of people for humanitarian reasons has been part of U.S. policy even before the Obama years.

“This has nothing to do with, ‘Oh, how many millions of people are in this policy,” Kagan told the Texas lawyer toward the end of the hearing. “You’re saying even with respect to a much smaller policy of the kind that DHS or its predecessor agencies have done literally every year for the last three decades, that all of that was ultra vires.”

A decision in United States v. Texas is expected sometime before the end of June. 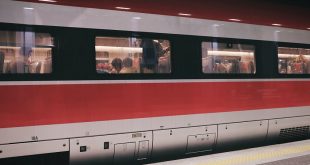 -Editorial The Tijuana Interurban Train, a project led by the Government of Baja California, is …