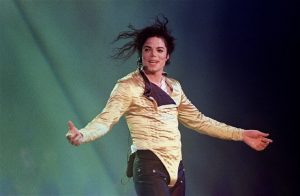 A federal appeals court ruled Monday that a lawsuit filed by the Michael Jackson estate over an HBO documentary about two of the late pop star’s sex abuse accusers can go forward in private arbitration.

A three-judge panel of the 9th U.S. Circuit Court of Appeals agreed with two lower courts and ruled in favor of the Jackson estate in its decision on “Leaving Neverland.” Unless there are further appeals, the case will go to a private arbitrator, which the Jackson estate argued was required by the 1992 contract at the center of the lawsuit.

That means the proceedings will be largely shielded from public view, though Jackson attorneys said in court filings that they would like for them to be as open as possible and sought private arbitration because it was the only way available to sue under the contract.

Leaving Neverland is a 2019 British-American documentary film directed and produced by British filmmaker Dan Reed. It focuses on two men, Wade Robson and James Safechuck, who allege they were sexually abused as children by the singer Michael Jackson.

The two men say that these acts were regarded as “romantic” and did not realize they were inappropriate until adulthood. Safechuck says Jackson once took him shopping for an engagement ring (which he kept as memorabilia) and later held a mock wedding. He began therapy in 2013 and recalled his trauma for the first time. Stephanie Safechuck, his mother, describes feeling elated and dancing when Jackson died in 2009. Robson says Jackson told him to distrust women. Both men claimed that Jackson tried pushing them away from their families and “brainwashing” them. Jackson allegedly sent the two men “love letters” and set up security systems at Neverland to prevent other people from witnessing their sexual acts.

Safechuck says Jackson eventually replaced him with Brett Barnes, and Robson says he was replaced by actor Macaulay Culkin because Jackson preferred prepubescent boys. Robson says he was given Jackson memorabilia as a child; he is photographed burning those items at the end of the film.