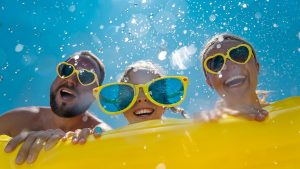 Memorial Day is the quintessential signal for the start of summer and people travel despite record gas prices.

Millions of people that live in the CaliBaja Mega Region will either travel to Mexico to enjoy the different tourist destinations in Baja California or up north to bigger cities like Los Angeles and San Francisco to enjoy a relaxing weekend. The last one before school ends.

But, according to a recent survey, the high gas prices and inflation will not stop people from going out even if it means more spending.

U.S. travel volume this Memorial Day weekend is expected to rise by 8% to 39.2 million, from last year, as fuel prices continue to increase before the unofficial start to summer, according to AAA.

The average price of gasoline at the pump is now above $4 in every U.S. state for the first time, with the average national price of gas reaching a record $4.567 a gallon.

According to the AAA, the U.S. average price for regular gas has risen to $4.56 per gallon, up 48 cents from last month and $1.52 from last year. The rise can be attributed to the high cost of crude oil, which is near $110 a barrel.

Due to the 2022 Russian invasion of Ukraine and subsequent international sanctions during the Russo-Ukrainian War against Russia, oil prices worldwide soared. At the beginning of March 2022, the price of Brent Crude passed US$113 a barrel, the highest level since June 2014, while West Texas Intermediate was trading at just under US$110 a barrel.

On 8 March, President Joe Biden ordered a ban on imports of Russian oil, gas, and coal to the US. Biden ordered another 30 million barrels of oil released from the SPR in early March, which on 31 March was followed by a release of 1 million barrels on average per day for 180 days, the latter of which is the largest release from the SPR in its history. The Biden administration was pressed on potential oil deals with Saudi Arabia, Venezuela, and Iran that would have them increase their oil production. However, so far, Saudi Arabia and the United Arab Emirates have declined requests from the US.