Children’s Rights in the electronic revolution

Nowadays the exploitation’s may take many forms due to the technology era. The child sexual abuse crime wave has grown over the years and as a result of the electronic revolution, the increment has been even higher. The effect of this new era is a drastic acceleration of the traditional supply-and-demand dynamics. Certainly, the increase of childhood sexual abuse crimes because of the internet has grown more regarding child pornography than regard child seduction or molestation, nevertheless, it has increased in both ends. Nowadays, sexual predators have it easier, they can easily find their victims through the internet, and either they just enter chat rooms where they can seduce and meet underage children or enter websites where they can locate child pornography. 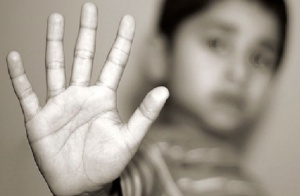 Sex crimes involving children in the United States are a federal law enforcement matter. According to the doctrine of Child Exploitation and Trafficking of Kendall and Funk, there are three major unresolved issues concerning criminal sexual abuse of children. The first is how widespread it is despite the efforts to combat it; the second whether massively greater efforts to deter or otherwise prevent it should be made; and the third is what can be done to make law enforcement in this area more effective short of a major increase in law enforcement resources allocated to it.

In this new electronic revolution child sexual exploitation has become a global commercial reality, a reality that in the past was kept isolated and as a secretive world. The commercialization of child sexual exploitation in the presence of the internet has taken to be part of the organized crime. Organize crime groups have acknowledged the financial potential that has grown in the sexual exploitation of children. Organize crime, besides the traditional illicit activities they perform, it looks like they have expanded their activities to profit from child trafficking and child pornography, which is a major problem to address in this electronic era.

Children are vulnerable and trusted individuals that need to be protected at all times, they have to feel safe in any arena, but it seems that the electronic revolution has made them an easy target and more vulnerable than ever. It is easy to access the internet and connect with people, and sometimes we are not sure of who is at the other end, and especially with children, this is a risky situation, in which they deserve legal protection. The Internet has its advantages but is a reality that has made it easy for sexual predators.

It is true that most nations provide in their legislations criminal punishment for those who engage in child exploitation and organize crime, nevertheless, there seems to be a problem that instead of decreasing has become higher every year, a problem that has to be addressed not only by the United States but by all nations. The United States has made efforts on passing legislation that includes criminal statutes with extraterritorial reach and enhanced criminal penalties; the federal government is committed to making a significant change in the global war against child exploitation.

In this new electronic revolution era, new efforts and ideas need to be discussed, it is a challenge for all states and individuals to rise up and use the global resources collectively to attack child sexual exploitation.