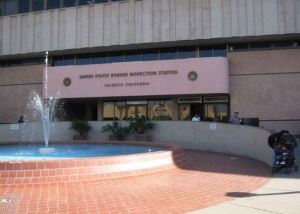 The travel restrictions due to COVID-19 will continue through the month of May, the Department of Homeland Security announced.

Border travel restrictions at the U.S.-Mexico and U.S.-Canada borders have been extended 30 days.

Acting Department of Homeland Security Secretary Chad Wolf tweeted that in close collaboration, the U.S., Mexico, and Canada have each agreed to extend restrictions on non-essential travel across their shared borders for 30 additional days.

“As President Trump stated last week, border control, travel restrictions, and other limitations remain critical to slowing the spread of coronavirus and allowing the phased opening of the country,” Wolf stated on Twitter.

On March 20, President Donald Trump announced that the U.S. with Mexico was suspending “non-essential travel,” not related to trade and commerce, at all ports of entry, which mirrors the moves made with Canada. He added that Mexico is also suspending air travel from Europe, which will help “protect the southern border” of the U.S. as well.

The closure will most likely affect the Imperial Valley economy since Mexicali shoppers are a big part of the sales revenue.