Breaking News
Home / FAMILY / “WE HAVE THE PARTNER WE COULD AFFORD”

“WE HAVE THE PARTNER WE COULD AFFORD”

DO YOU KNOW WHAT ATTACHMENT IS? 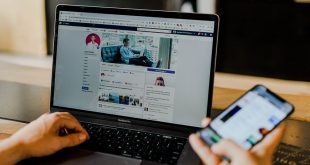 Social Media: A door to infidelity 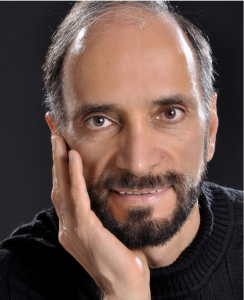 From its cover the psychologist Ruben Gonzalez Vera’s new book, which titles “We Have the Partner We Could Afford” (Tenemos la Pareja Para la Que Nos Alcanzo), establishes the responsibility we have over our relationship, since the moment we choose a partner. With a brief book summary in the back cover where he writes: “This book is like a mirror which will make you laugh of yourself while it shakes your guts”,  in addition I would say that if after reading this book you didn’t understand that the problem in a relationship is you!, God be with you! Because then…Who can help you?

To confront the reader, Ruben uses many creative resources, such as analyzing the fragmented content of some popular songs. For instance, he explains: Who hasn’t Heard the lyrics of a song such as: “The flip-flop I throw I will not pick up again”? Ruben asks with acuteness: Who relates with throwing away flip-flops? A fine and distinguished shoe? Isn’t it? Then who? No, it isn’t! Then, who? The answer is another flip-flop, since all flip-flops come in pairs, a fine and distinguished shoe comes with another one of its kind. Just imagine how someone would look like wearing a flip flop in one foot and a fine shoe in the other. It would look ridiculous! Don’t you think? It is inconceivable. The same thing occurs with a partner: it is unthinkable to see an emotional misogynist caveman, married to a healthy woman who respects herself. When someone says no again they raise a flip-flop, it’s like throwing a boomerang.

Another example is the analysis of a fragment of the song called “Rata de Dos Patas” (Rat of two legs), in which the lovelorn protagonist refers to her former partner as a hyena, poisonous snake and spectrum of hell, when she describes this monstrosity, without realizing it, she’s defining herself. Why was she associated with a subject like that? The author says, “Because it was what you could afford.” If she had been more mature and sane, not even by chance she would have approached a guy with those characteristics. She chose him! Well, she didn’t gamble on it! In any case, she should be upset with herself because he simply “plays” his destructive role, but that’s his problem. The important thing is what happens to me, why do I relate to a caveman for so long instead of a more evolved human being?

It sounds like funny, right? But it also slaps consciousness, doesn’t it?

Ruben confesses that the book might as well have been called “The importance of self-criticism”, because that is what it’s all about. First, it shows how almost nobody accepts responsibility and end up blaming others. “To err is human, he tells us, but still it is more human to blame others.” It warns us about the price we pay for not being self-critical (in other words, being experts, see the speck in your neighbor’s eye and not the beam in your own), the price is very high since it inhibits our development as people and therefore as society.

He performs an analysis in different areas such as political, international, football and off course, the couple, to show us how the enemy called: “the inability of self-criticism”, is very powerful and is infiltrated everywhere.

He explains that the social cancer which creates this pandemic, emerges from the concept of human duality, which consists in the idea we’re made out of light and darkness, qualities and defects, and since we live in unhealthy societies, in a moral, emotional and spiritual sense, we become very insecure beings unable to recognize our faults and shortcomings, which leads us to turning to resorts of psychological mechanisms  of projection like depositing into others what we find unacceptable accepting in ourselves. These projection mechanisms result extremely pernicious because at an interpersonal and ethnical level we always seek who to blame for what we cannot accept in ourselves. Such mechanisms are responsible for the disgusting expressions throughout history like racism, intolerance, homophobia, and discrimination in general.

The antidote called “self-criticism” is nothing more than the knowledge and acceptance of oneself, especially knowledge of our dark side to prevent we end up assigning it to others. To exterminate the devastating plague of our inability of self-criticism, we conclude that we should launch a global crusade against this bug and it requires that couples – from their trenches, begin a titanic work to create “a new culture of self-criticism in such a way that it becomes a “powerful insecticide” to end this pernicious plague, which has exhibited so far an impressive adaptive ability to survive throughout history.

Why is it important highlighting the beginning of this revolution in the sphere of a couple? Ruben asks. First, it warns that the quality of human beings which a society is capable of producing is set largely in the emotional atmosphere that spouses are able to create in their relationship. And if statistics about legal or emotional divorce, infidelity or abuse indicate that the couple is an area of disaster, this means that is not fulfilling its function of preserving the emotional integrity of children by not creating nutritious conditions for development. These figures show us that our children are being contaminated by radioactivity and toxins that flow from spousal incompetence of their parents.

Second, it persuades us about asking instances for self-criticism who are driven by selfish interests, to which the only thing that matters is power and money at the expense of anything, or where egos are inflated as the belly of a malnourished person who is full of parasites, it is very difficult, if not impossible, because that would mean asking them for humility and nobility, which goes against the nature of their selfish interests. So the most suitable place to plant this attitude is the couple, which serves as a nursery for transplanting it to other areas of society.

For these reasons, he invites us to build a culture of self-criticism. He states that in the measure we achieve it we’ll be able to give to society children who are givers, unable to harm or abuse other people and also they’ll be bearers of this attitude of light that will move to other areas of society, just like bees move pollen to other flowers to fertilize and create life.

-Editorial  A Valley resident’s book, “Unseen Body Blows,” has been awarded a silver medal by …