As we approached another Presidential election this fall, I came to the conclusion that this will be another two-party system contest and people will have to choose between the lesser of the two evils. Donald Trump will face former Vice-President Joe Biden in the general election in November and Trump will win. By the way, that is not a prediction, it’s a spoiler!  Are they the most ideal people to lead this country? No, but we need more options. It will be a battle between two parties that while they are named differently, have the same party with the same intentions and controlled by multimillionaires.

In the last two elections, I voted for former New Mexico Governor Gary Johnson for President of the United States. I had to fight my “friends” who told me I was wasting my vote since he didn’t have a chance of winning. I responded that I would rather waste my vote on Johnson than voting for Hillary or Trump. Gary Johnson ran with the Libertarian Party which has ballot access to all 50 states in the United States and is the third-largest party. He was not invited to the debates since he didn’t get 5 percent in the national polls.

This proved that the Democrat and Republican Party have the monopoly and will not allow someone like Ross Perot to enter the debate stage. Ross Perot has been the only third person to crush the two-party monopoly and debated along with Bill Clinton and George Bush. In reflecting on this, I now think Mexico’s electoral system is better than the U.S. in many ways.

Let me explain: In Mexico, there is a national electoral law that applies the same system to all of their states on Election Day. There is an electoral institute that oversees the process that includes ALL of the political parties and they work to have transparency in the elections. 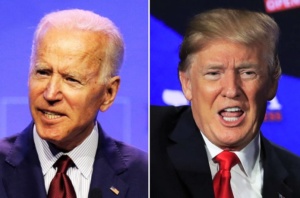 My favorite part of the election process in Mexico is that the national electoral institute makes a debate where all the political parties share the stage. From the minor party that has no chance in winning to the ruling party that wants to continue, they all participate in a fair debate where they expose their ideas.

Here in the United States, every state handles its own electoral laws, in some, they have these laws that make it difficult for an independent candidate to get on the ballot making it difficult for people to have a choice.

The United States will not be a real democracy until the two-party rule ends and allows more candidates in the presidential race debate. Can you imagine if the Libertarian Party and the Green Party were represented four years ago in the Presidential debate?

Gary Johnson got one million votes in 2012 and he was still not allowed to debate. He is a former governor, ran with a national political party and yet he didn’t get in the debates. One of the rules of the presidential debates is that a third party candidate has to get at 5 percent of the intention of the vote in five different polling companies. How many polling companies even consider third party candidates? None or very few is the answer.

The U.S. should learn more from Mexico’s electoral laws. It might not be perfect, but at least they give a fair opportunity to all candidates.