The United States imposes tariffs on steel and aluminum

Canada and Mexico are exempt while negotiating NAFTA.

The president of the United States, Donald Trump, signed a Proclamation that imposes tariffs on imports of steel and aluminum, but said that his country should show flexibility and cooperation with friendly countries. “Canada and Mexico are exempt from new tariffs while negotiating NAFTA,” said Dr. Alejandro Díaz-Bautista, an economist and national researcher at Conacyt, as well as a research professor at the Colegio de la Frontera Norte (Colef).

All the countries affected by tariffs proposed by the Trump government to imports of steel and aluminum have been invited to negotiate an exclusion of the measure, which will come into force within 15 days after it is enacted.

President Donald Trump determined to impose tariffs of 25% on imports of steel and 10% on aluminum imports to protect both industries from imports that the Department of Commerce considers a threat to national security, which could trigger a possible commercial war. 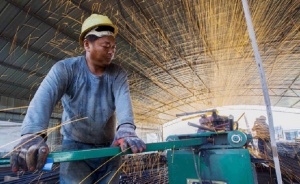 The measure could unleash commercial reprisals by large traders, such as China, the European Union and Japan, in probable bilateral commercial battles with an eye for an eye logic. The Chinese government replied that it will take the necessary measures to defend the interests of its exporters.

Mexico is among the main suppliers of steel and aluminum and the manufactures of both are in the United States market, with sales to that destination for 7,337 million dollars in 2017. Other important suppliers are China, Canada, Russia, Brazil, Taiwan and South Korea.

In a meeting with executives from both industries at the White House, Trump promised to rebuild the aluminum and steel sectors, saying they have been treated unfairly by other nations for decades.

Chrystia Freeland, Canada’s foreign minister, warned that if restrictions were imposed on Canadian steel and aluminum in the United States, Canada would take the necessary measures to defend its trade interests and its workers.

The United States has a trade surplus of $2 billion in steel trade with Canada, which buys more steel from its southern neighbor than from any other country in the world, and these purchases represent 50% of US exports in this sector.

Finally, representatives of the US auto industry warned that this measure will increase the costs of automobile production, given that steel and aluminum products cross the US borders several times for final assembly.