Hispanic businesses and their jobs are among the hardest hit by the coronavirus during 2020.

“Hispanics are among the essential workers who have been most exposed to the coronavirus due to the very typical lack of necessary sanitary protection in their workplaces.

The coronavirus pandemic (COVID-19) outbreak has significantly damaged the economy and finances of Hispanics in the United States during 2020,” explained Dr. Alejandro Díaz-Bautista, an international economist, as well as a research professor at the Northern Border College (El Colef).

The increase in the number of confirmed cases and in the rate of positive tests and hospitalizations have been registered in states with a large population of Latinos, in states such as Florida, California, Texas, and Arizona. In Texas, data from the Department of Health shows that 47% of deaths in that state corresponds to Hispanics, even though they represent only 40% of the population.

Hispanic women have experienced an especially steep rise in their unemployment rate, rising from 5.5% to 20.5% between February and April 2020. By comparison, the unemployment rate for Hispanic men, which rose from 4.3% to 16.9% during the same period of time. 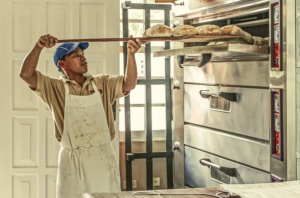 Low-income communities, especially Latinos in California, are increasingly feeling the brunt of the COVID-19 pandemic, where the spread of infections among service workers living in crowded conditions has highlighted the rise of racial and economic inequalities across the state.

These disparities are particularly stark in some counties, where there is a new wave of new cases concentrated in Hispanic and Latino neighborhoods. The terms “Hispanic” and “Latino” are often used interchangeably, although they actually mean two different things. Hispanic refers to people who speak Spanish or who are descended from the Spanish-speaking population, while Latino refers to people who are descendants of people from Latin America.

Finally, Democrats and Republicans continue to negotiate in search of reaching an agreement for a new economic stimulus check that will help families in the United States during the 2020 crisis.