Nine Scholarships were given to Imperial Valley Students by Mexican Consulate 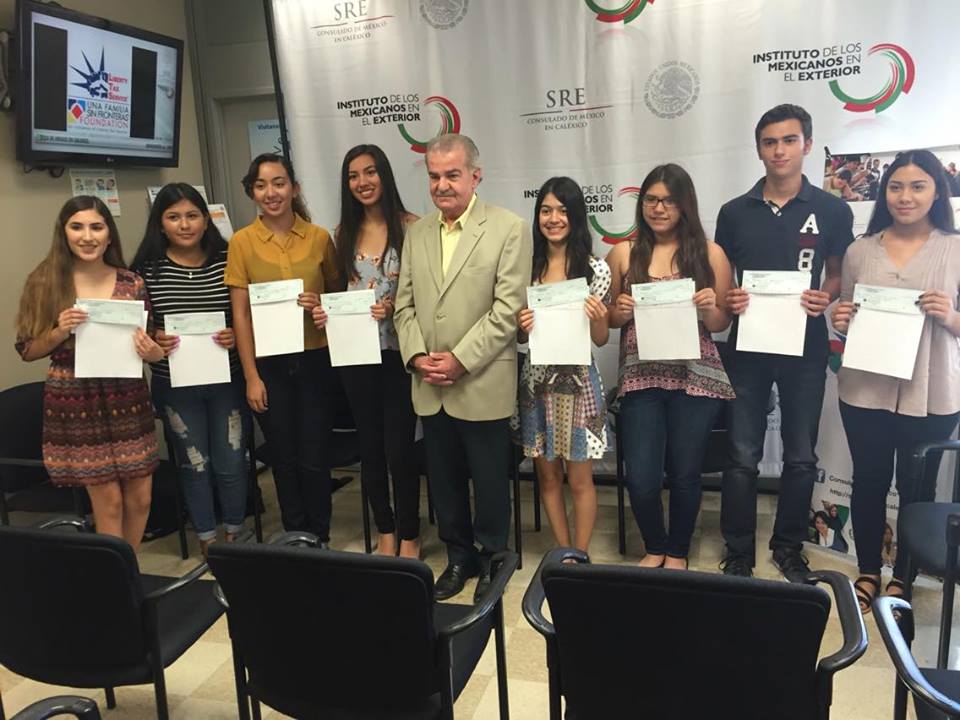 Calexico, CA.-  The Mexican consulate awarded nine scholarships this past Monday, June 27th, in an effort to support students of Mexican origin to continue with their higher education, through its Institute of Mexicans Abroad.

Every year, the Mexican Consulate gives out scholarships to Imperial Valley students in need of help with college expenses as they transition from high school to higher education.

The nine students awarded with the scholarship were: Thyara Aguilar Alvarado, Karen Ponce, Ana Karen Barajas, Braian Ballesteros, Samantha Ruiz, Valentina Lira Rangel, Lesly Denisset Alcaraz Mendoza, Carina Coronado and Kiara Yamin Loreno Lopez Paez. Each of the recipients received a $300 scholarship from the Institute of Mexicans Abroad. “The Mexican Government wants to support students like you who are interested in continuing your education.” Consul General Carlos Flores Vizcarra told the students. “Your intelligence and work will make our communities stronger.”

Braian Ballesteros, one of the recipients, who is a 2016 Calexico High School graduate said the scholarship will help him to buy books. Ballesteros will be the first in his family to go a university to study to become a physical therapist.

The Consulate of Mexico launched the IME-BECAS program for 2015-16 in Imperial Valley back in November last year. The program awards financial support of the government of Mexico through the IME scholarship fund, to institutions and organizations selected by the local committee in the Imperial County.

A Memorandum of Understanding was signed with the Imperial Valley College Foundation and the Calexico Desert Valley Bandits, formalizing the collaboration of the Mexican government with these two organizations to support the academic development of Mexican students and students of Mexican descent in Imperial County during the 2015-2016 academic years.

The IVC Foundation received $11,213 while the Calexico Desert Bandits received $4,500. The IME-BECAS program was created in 2005 by the Mexican government to support the development and personal well-being of Mexican migrant students living in the United States. The program’s ultimate goal is to help consolidate a more educated and better trained workforce by supporting underserved students to continue or begin their education.