Gastronomy contains the study of the body and the earth, care and prevention, the biological mysteries of life, science, and history, it is something that really satisfies people.

When we talk about gastronomy, images of a well-served table come to mind, with steaming, well-prepared, abundant dishes, and Wands full of varied food, without missing rice, beans, some element derived from corn, and the great variety of meats, fish and seafood that Mother Nature provides us for the preparation of food.

But when speaking of medicinal gastronomy, there is no image that can marry both ideas, except perhaps that of a dish prepared with mushrooms or medicinal plants.

However, medicinal gastronomy is another level of gastronomy much more traditional and much more significant from a scientific point of view, than what can we imagine.

Since the legendary phrase of Hippocrates “what is medicine is your food, and food is your medicine” many dishes have been developed, many recipes have been written and many ingredients have been discovered that can be beneficial for human health.

One of the cultures where the most emphasis is placed on the positive and healthy characteristics of food is in Eastern cultures, particularly Chinese culture, where food preparation and the quality of ingredients are of great importance.

But in addition to this, in practically all the cultures of the world, emphasis has been placed on treating the functional sphere of all organs and anatomical systems and their relationship with food, as well as the functions of the organism derived from that relationship, explaining the benefits or problems, which causes the consumption of certain foods using a simpler terminology with respect to ours.

For example, in Chinese gastronomic culture, the concepts of yin and Yang are handled, with yin being the physical part and the taste of food, that is, the part that pleases the senses, and Yang, for its part, is the energetic part, that is, it is the intangible part, it is the energy obtained from said foods. 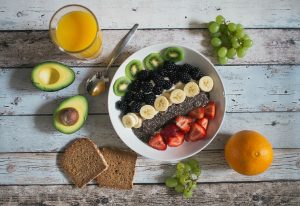 For the ancient Chinese, gimp has a cold nature and a hot nature as well, therefore it is necessary to combine the various ingredients when making up the daily menu for every season of the year in accordance with this type of belief, currently known as the new knowledge of nutrition. They have made us more perceptive to the various nutrients that are required in the various stages of life and the various nutrients that are required according to weather and according to the patient’s energy expenditure, in addition to the consistency of food and the ease of digestion, and the caloric content which plays a very important role when choosing a menu of medicinal gastronomy.

In winter, hot foods with a higher caloric content are preferred than in other seasons of the year, in the spring with the gradual transition from cold to heat, traditional Chinese medicine recommends leaving apart the hottest dishes and introducing foods that can be eaten raw or cold.

For this, we use instruments such as wok that gives us a short and steam cooking, and foods with an acid taste since it is considered like lemon, for example, lemon is a refreshing food which helps us improve the immune system to be able to fight against diseases that are common during certain seasons.

For spring, cold and fresh dishes are recommended from fruits and vegetables since it is considered that spring and summer are periods of abundance and fullness from an energy point of view, which include fruits like such as that of foods like melon, cherries, and peppers.