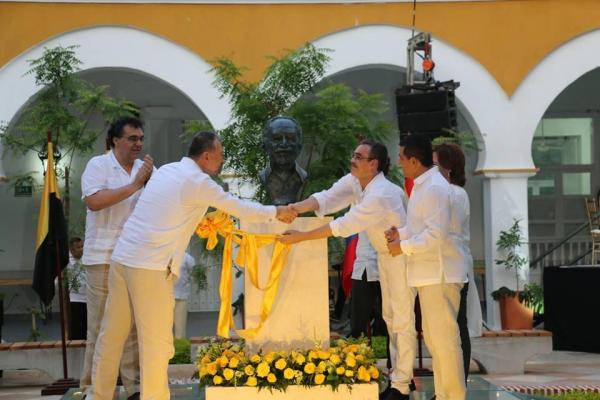 Although the family had determined it, it is said that at the end the ashes of the great Colombian-American author, as well as citizen of the world, Gabriel García Márquez rest in his homeland, Cartagena de Indias, near the family home that faces the ocean.

How contradictions given in life and even after the trip to the eternal ether are; to the delight of those who love literature, in the case of the author of “One Hundred Years of Solitude”, will prevail down under, in terms of his magnum opus, since Gabo, as he was called by his closest friends and family, shall never be a character of solitude. 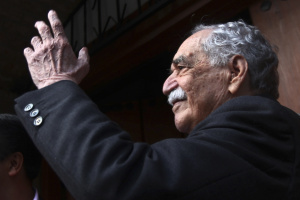 Known by everyone, since April 17 2014, Gabriel García Márquez died in his beloved Mexico City, where he created most of his work, among which we refer to, One Hundred Years of Solitude, a dispute was not started, but rather a clamor of several cities who wanted the honor of keeping the ashes of the Nobel Prize for Literature.

The village where he was born, Aracataca, Mexico City itself, the capital of Colombia, Bogota city, among many others, requested the honor of receiving the ashes of the great writer. It was even suggested that they were spread out over various parts of the world.

Finally, the family determined that the “Cloister of Mercy of Cartagena de Indias” was the final resting place of the journalist, writer, novelist, short story writer, screenwriter and editor, I began with journalist, because Garcia Marquez confessed himself it was “the best job in the world” and because of this practice he started out his literary career.

After May 24th 2016, the ashes were placed there after a journey from Mexico City, in a ceremony with 500 guests present, his sons Gonzalo and Rodrigo placed the urn and unveiled the bust of his father, while one of his grandchildren read passages from his work.

The Cartagena University Dean, Edgar Parra Chacon -the cloister is part of the house of studies-, he highlighted the “immense honor it is to receive the ashes of Gabo”, and recalled that it was in that city where the writer once abandoned his law studies, and began working as a journalist, which places scenarios of several of his books.

There are impressive contradictions in life and even after death; the author of “One Hundred Years of Solitude” will never be alone, he is one of the beings whose work is inherited to humanity, for which he becomes immortal.

Teodoro Rentería Arróyave is a journalist and writer; President of the National Association of Graduates in Journalism, CONALIPE; Secretary of Social Development of the Latin American Federation of Journalists, FELAP; Founder and honorary president of the Federation of Mexican Journalists, FAPERMEX, member of the Standing Advisory Council Club “Primera Plana” and Professor of the National Academy of History and Geography, ANHG. I appreciate your comments and criticisms teodoro@libertas.com.mx, teodororenteriaa@gmail.com. We are heard at frequencies throughout the Republic of “Libertas Radio”. We invite you to visit: www.felap.info, www.ciap-felap.org, www.fapermex.mx, and www.clubprimeraplana.com.mx

By: Dr. Elton Gomez, Regenerative Medicine Specialist Gastronomy contains the study of the body and …