The field of regenerative medicine for organs, joints, tendons, muscles and various damage to tissues, both human and animal, undergoes important changes not only due to the discovery of stem cells, which are cells that can constantly renew themselves and give rise to new fabrics.

In addition, the field of the study of proteomics, and of the application of these studies in regenerative therapies, such as placental proteins, is advancing in important steps, solving problems and ailments that years ago could not have been solved.

Alberto N, a 67-year-old patient, has received multiple insulin injections during his life, approximately 25,000 injections, in recent years, since he needed insulin to live, in a combination with medications and other therapies, only for diabetes, he also has hypertension, obesity, cerebral atherosclerosis, and erectile dysfunction, with frequent episodes of hyperosmotic diarrhea, which made daily life difficult.

He was treated, just to control his diabetes, and that in recent years, he could not control it adequately, receiving a hyperbaric chamber treatment, stem cells and placental protein implantation. 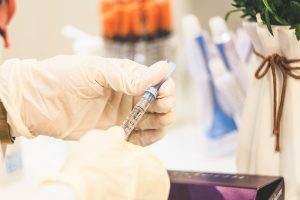 With only a week after finishing the treatment, you begin to feel a sensation of low blood sugar, tremors, thirst and mild discomfort, you decide together with your doctor to lower the dose of insulin, the glucose remains stable, also the blood pressure and its levels cholesterol and triglycerides decrease,

Another month more and Alberto does not use more insulin, or uses very little, his glucose levels remain stable, and he has improved in other aspects.

Combination therapies in regenerative medicine are potentiated between them, making synergy, achieving the results expected by the patient and the doctor, much remains to be achieved, but little by little the evidence and achievements of these therapies continue to accumulate, both in the case of diabetes, as with other diseases.