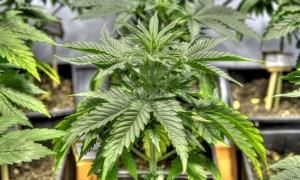 California cities are working to decide what direction they will take now that Proposition 64 was approved by voters last year allowing the sale and distribution of cannabis in the state.

Back in January the City of Calexico became the first city in the Imperial Valley to pass an ordinance regarding permits for cannabis cultivation, manufacturing, and distributing. The item went before the planning commission to discuss the zoning of where the cultivation facilities may be located and the requirements to open one.

The Calexico City Council approved the implementation of the first reading of an ordinance that will open a regulatory process of cannabis within the city. This move comes after the voters in California approved Proposition 64 back in November of last year that legalized the recreational use of marijuana for adults aged 21 years or older, permitting smoking in a private home or at a business licensed for on-site marijuana consumption.

Governor Jerry Brown’s May budget proposal takes into consideration Cannabis regulation. To implement Proposition 64, the state has appropriated $52.2 million for cannabis programs across various state entities. Funding provided includes resources for the initial development of regulations, the development of licensing and track and trace programs, programs to develop standards and other outreach material related to the use of pesticides in the cultivation of cannabis, programs to protect instream flows for fish form water diversions of cannabis cultivation, and to study the health risk associated with cannabis use.

The California government continues to implement the regulatory framework for cannabis. The May Revision reflects the ongoing efforts to provide adequate resources to protect consumers, the environment, and public safety. To assist with the regulation of both medicinal and adult use of cannabis, the administration proposed legislation to blend various components of the regulatory structure to avoid duplicative costs and provide clarity for licenses, regulatory agencies, and the public. The proposed legislation seeks to clarify and enhance the Medical Cannabis Regulation and Safety Act, the Compassionate Use Act, and the Adult Use of Marijuana Act, as passed by the voters, by providing a clear regulatory structure and eliminating ambiguity.

The cannabis licensing entities have released proposed regulations for all license types. In addition, each entity is developing a licensing system to manage applications, and the California Department of Food and Agriculture is implementing a Track and Trace system that will follow all cannabis seed form to sale, which will be available January 1, 2018.

Tremblay said that current city regulations state that all medical businesses are banned in all zones but the Code is silent on recreational marijuana businesses since there are no bans and no regulations. The proposed Cannabis Overlay Zone includes the approximately 345.02 acres within the area bounded by the railroad tracks on the west; the Adler Canal on the north; West Van de Graff Avenue and Scaroni Avenue on the east; and Weakly Street and Camacho Road on the south. The Cannabis Overlay Zone includes Industrial, Industrial Rail Served and Commercial.

Other tax options would be charged a dollar amount per square foot canopy floor area or a percentage of gross wholesale receipts.  Up to 10 businesses in the city will be permitted and each business will be operated by a different applicant/entity. Commercial cannabis activity shall be limited to no more than seventy-five percent of the acreage of a legal parcel in the Cannabis Overlay Zone.

In early June, the Imperial County Board of Supervisors approved the regulation of marijuana indoor cultivation and manufacturing within the unincorporated area of the county.