President Donald Trump released his budget proposal that has many changes to programs that will directly affect the Imperial Valley if enacted as presented.

President Trump stated: “The budget continues our efforts to grow the economy, create millions of new jobs, and raise wages. To accompany our efforts to cut spending and implement massive tax cuts and reforms for American families, workers, and businesses, we will continue to relentlessly target unnecessary regulations for elimination. We will also continue driving America toward energy dominance and making the United States a net energy exporter by 2026.”

Among the budget proposals that will affect the Imperial Valley is the elimination of the Economic Development Administration, the budget argues that EDA provides small grants with limited measurable impacts and duplicates other Federal programs, such as Rural Utilities Service grants at the U.S. Department of Agriculture and formula grants to States from the Department of Transportation. By eliminating this Agency, the Budget saves $300 million. Several EDA projects are on the works here in Imperial Valley.

The current EDA projects that are in the works are the Clinicas De Salud Del Pueblo El Centro Ambulatory Care Center. Clinicas De Salud del Pueblo anticipates the creation of 150 new jobs with this project. This will include new hires to accommodate the expansion of services to include: pharmacy, dental, ophthalmology and the augmentation of medical, x-ray and administration.

The San Diego Electrical Training Trust requested the Economic Development Administration to support the construction of a new 10,000-square foot Training Facility in Imperial County. The training center will provide job seekers with skills to work in the energy efficiency sector with expertise in especial fields such as Solar, Geothermal, and Wind technologies. 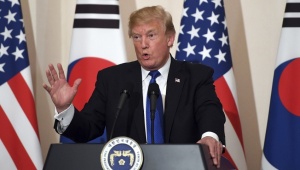 Eliminates Major Block Grants. Similar to the 2018 Budget, the Administration continues to propose eliminating funding for programs that lack measureable outcomes and are ineffective. The Budget eliminates HUD’s community and economic development as well as affordable housing production programs. The Budget eliminates CDBG, a program that has expended more than $150 billion since its inception in 1974, but has not demonstrated suffcient impact, the budget states. The budget proposal argues that studies have shown that the allocation formula, which has not been updated since 1978, is ineffective at targeting funds to the areas of greatest need, and many aspects of the program have become outdated. The Budget also eliminates the HOME Investment Partnerships Program, which has not been authorized since 1994. The Budget devolves responsibility to State and local governments, which are better positioned to assess local community needs and address unique market challenges.

Reforms the Essential Air Services (EAS) Program. EAS was designed as a temporary program nearly 40 years ago. However, the government argued that many EAS flights

are not full and have high per passenger subsidy costs and several eligible communities are relatively close to major airports. The Budget includes a legislative reform proposal to modify the definition of essential air service, to ensure that Federal funds are targeted at the communities most in need. These reforms aim to reduce support for service that results in high per passenger subsidies and end subsidies to communities that are relatively close to other airports. The Budget requests $93 million in discretionary resources, a reduction of $57 million from the 2017 enacted level of $150 million.

The President’s Fiscal Year 2019 budget would provide $233 million for the Essential Air Service (EAS) program, which is $39 million less than the FY 2017 enacted level. The change in the subsidies could increase the plane ticket cost for anyone using the airline at Imperial County Airport.