Breaking News
Home / Literature / Anton Chekhov, the story of a prominent writer who was also a doctor.

Anton Chekhov, the story of a prominent writer who was also a doctor. 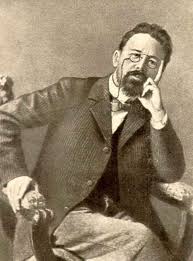 Anton Pavlovich Chekhov, the Russian writer who decisively shaped the modern short story, was born in Taganrog, a small port on the Sea of Azov in southern Russia. His father, Pavel had been born a serf, but Chekhov’s grandfather had saved enough money eventually to buy his family’s freedom. (Serfdom was not abolished in Russia until 1861.) A poor man obsessed with self-improvement, Pavel ran a small, dirty general store and lived with his wife and six children in a tiny attached tin-roofed house. (There was no plumbing. The family had to walk two thirds of a mile to use a communal latrine.) Young Anton worked in the shop pouring vodka to raucous customers and trying to study his schoolbooks under the strict eye of his father, who believed religiously in education and corporal punishment. As Chekhov later remarked, “There was no childhood in my childhood.”

In 1876 Pavel went bankrupt, losing both his business and home. He fled to Moscow with the family to avoid debtors’ prison but left his sixteen-year-old son behind to finish school. Anton slept in the corner of a room and supported himself by tutoring children—never complaining to his mother or brothers. Three years later he rejoined his impoverished family in their single basement room in a Moscow slum and began medical studies at the university. He loved the huge city but was appalled at his father’s decline into religious zealotry and drunken idleness. The nineteen-year-old Anton appointed himself head of the destitute family—a responsibility he bore unfalteringly for the rest of his life—and he decided to earn grocery money by writing comic sketches for the newspapers. In 1880 he published his first piece and brought home a cake bought with the proceeds. By 1884 he had published three hundred stories, sketches, jokes, and articles while also completing medical school. This constant hackwork would have destroyed the talent of most young writers, but for Chekhov, it became the literary apprenticeship that prepared him for his later work. 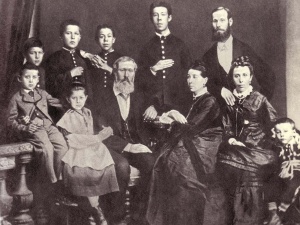 In 1884 Chekhov began a medical practice. “Medicine is my lawful wife,” he wrote a friendly editor, “and literature is my mistress.” He was, however, deeply unhappy with his earliest writing despite its popularity. “Oh, with what trash I began!” he later remarked. He now wrote with increased dedication and seriousness. He privately printed his first book of short stories, The Tales of Melpomene, but it went unnoticed because it was mistakenly shelved in the children’s section. Montley Stories (1886) secured his reputation as a major Russian writer, and his collections Innocent Words (1887) and Twilight (1887) led to his winning the Pushkin Prize. In 1886 Chekhov first experienced lung trouble, an early sign of the tuberculosis that would eventually kill him. He continued to practice medicine until 1898 although he could now support his family and himself on his writing. While Chekhov was a political conservative with little sympathy for the radicalism fermenting in Russia, he was also selflessly charitable. He treated the poor for free and volunteered in public clinics during epidemics and famines.

The last twenty years of Chekhov’s life are a chronicle of artistic triumph. Always interested in the theather, he began writing plays again. (He had written several unproduced plays earlier.) Ivanov was produced in Moscow in 1887 and then in a revised version in St. Petersburg in 1889. His later plays—The Seagull (1896), Uncle Vanya (1899), Three Sisters (1901), and The Cherry Orchard (1904)—quickly began the central classics of Russian Theater. These plays were all staged at the Moscow Art Theater (and directed by the influencial Konstantin Stanislavsky) where the author met the actress Olga Knipper, whom he married in 1901. Chekhov steadily published fiction without interruptions from illness. In 1899 a ten-volume edition of his Collected Works (1899-1901) was published. As his health deteriorated, Chekhov spent much of his time recuperating in health resorts. In 1904 he died at the age of forty-four in Badenweiler, a German spa, and was buried a week later in Moscow.