We are living in a time of uncertainty where governments are discussing important changes for their countries. In each part of the world, different realities are lived. Mexico, for example, has experienced an alternation of government like no other in its history, a left party is now in the head of government and significant changes are expected for the country, some that have already been seen.

On the other hand, we have the United States that, with a totally different reality, its government is debating the possibility of financing a wall that divides its borders even further, as well as, it is demanded to put into debate again the prohibition of late-term abortion, a debate that in Mexico it was just given in the month of January 2019 but for the legalization of abortion and gender ideology, which was stopped.

In that sense, when observing the difficult moments that are being lived around the world it is opportune to review the historical moments that the world has lived in which the protection of man has triumphed and not the political issues. The most important of these was the Universal Declaration of Human Rights. A declaration that was prepared by representatives of all regions of the world with different historical, legal and cultural backgrounds.

The Universal Declaration of Human Rights was proclaimed by the General Assembly of the United Nations in Paris, on December 10, 1948, as a common ideal for all peoples and nations. The Declaration establishes, for the first time, the fundamental human rights that must be protected in the whole world. 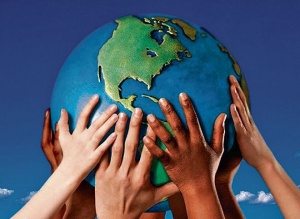 The preamble of Declaration establishes the guidelines on which the Declaration is based and reads as follows:

“Whereas recognition of the inherent dignity and of the equal and inalienable rights of all members of the human family is the foundation of freedom, justice, and peace in the world,

Whereas disregard and contempt for human rights have resulted in barbarous acts which have outraged the conscience of mankind, and the advent of a world in which human beings shall enjoy the freedom of speech and belief and freedom from fear and want has been proclaimed as the highest aspiration of the common people,

Whereas it is essential if a man is not to be compelled to have recourse, as a last resort, to rebellion against tyranny and oppression, that human rights should be protected by the rule of law,

Whereas it is essential to promote the development of friendly relations between nations,

Whereas the peoples of the United Nations have in the Charter reaffirmed their faith in fundamental human rights, in the dignity and worth of the human person and in the equal rights of men and women and have determined to promote social progress and better standards of life in larger freedom,

Whereas the Member States have pledged themselves to achieve, in co-operation with the United Nations, the promotion of universal respect for and observance of human rights and fundamental freedoms,

Whereas a common understanding of these rights and freedoms is of the greatest importance for the full realization of this pledge,

Now, Therefore THE GENERAL ASSEMBLY proclaims THIS UNIVERSAL DECLARATION OF HUMAN RIGHTS as a common standard of achievement for all peoples and all nations, to the end that every individual and every organ of society, keeping this Declaration constantly in mind, shall strive by teaching and education to promote respect for these rights and freedoms and by progressive measures, national and international, to secure their universal and effective recognition and observance, both among the peoples of Member States themselves and among the peoples of territories under their jurisdiction.”

After the reality that was lived in 1948 the countries reached a common agreement to enunciate and protect the human rights of man, nowadays we seem to have forgotten that historical moment and all the rights immersed in that transcendent document. The Declaration in its article 1 establishes that: “all human beings are born free and equal in dignity and rights and, endowed with reason and conscience, must behave fraternally towards each other.”

Therefore, I invite you to review the articles of the Declaration and remember that every human being enjoys human rights, we are all equal and we must protect each other, work as a fraternity in search of recognition and protection of the rights of all human beings regardless of nationality, gender, age, capacity or race.