Breaking News
Home / ECONOMICS / Unemployment estimates in Mexico, the United States and Canada are for more than 28 million during the 2020 Health and Economic Crisis

Unemployment estimates in Mexico, the United States and Canada are for more than 28 million during the 2020 Health and Economic Crisis

The highest job loss figure in the history of the United States. “There are approximately 28 million unemployed in Mexico, the United States, and Canada due to the 2020 Health and Economic Crisis. While the coronavirus pandemic will leave millions unemployed in Mexico,” said Dr. Alejandro Díaz-Bautista, economist, as well as a research professor at the Northern Border College (El Colef).

In North America and around the world, there are millions of people who are surviving on lower incomes or with their savings.

Businesses are closing, businesses are barely functioning, while many governments are overwhelmed by the crisis, and families stay home to stop the spread of the new coronavirus, which has infected millions of people worldwide.

In Mexico, more than 346,000 formal jobs were lost between March 13 and April 6, with official information from the Ministry of Labor and Social Security.

In the last month, Mexico lost 346,878 jobs due to the COVID-19 coronavirus crisis, which confirms the federal government. This figure is higher than all the jobs created in all of 2019 (342 thousand jobs). For this year 2020, the forecasts indicate a great contraction of the Mexican economy, and more layoffs are expected in the country. The analysis indicates that Mexico’s working conditions tend to deteriorate amid the economic stagnation of 2019 and even before the impact of the coronavirus in 2020.

The percentage of workers in critical conditions of occupation reached a maximum of 23.1% in February 2020, the highest rate on record since January 2005, according to Inegi figures. With an expected 7.6% decline in the economy in 2020, Mexico is heading for an unprecedented employment crisis.

While the wave of layoffs that has engulfed the U.S. economy since the outbreak of the new coronavirus forced more than 22 million people to apply for unemployment benefit in the past month, the largest amount of job loss in the United States which is kept in the records. 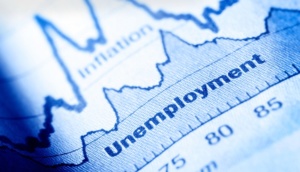 Additionally, more than 12 million people currently receive unemployment checks in the United States, almost equaling the peak reached in January 2010, at the end of the great recession of 2008-2009.

President Donald Trump said the decision on when to reopen the U.S. economy, which was closed due to the 2020 coronavirus pandemic crisis, is the most difficult he has ever made. During the month of March 2020, Canada registered an unemployment rate of 7.8%, the largest monthly increase in 44 years, according to data from the National Institute of Statistics.

According to the information given by the Canadian government, almost six million people have applied for various types of financial aid. More than half, 3.5 million people, have done so through the Canada Emergency Response Benefit (CERB), since the applications began on April 6, according to data from the Ministry of Labor. In total, there are almost 6 million people, which includes those who applied for employment insurance (EI), which are also being processed through CERB.

Finally, the International Labor Organization (ILO) not only warns about the considerable increase in unemployment during 2020, but It also makes the public aware of the danger of underemployment increases in these circumstances. The sectors of the population that are most exposed to underemployment are those that are already in the worst circumstances and that still resent the previous crisis. These sectors of the population are women, older workers, those living in poverty, and employees without social protection, just like immigrants.

ILO global estimates mention that in the second quarter of 2020 there will be a reduction of employment of around 6.7 percent globally, the equivalent of 195 million full-time workers.