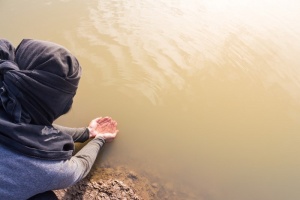 Clean water. It’s something almost all of us take for granted. We turn on the tap, fill our cup, let some spill over, and then guzzle it down. It’s a privilege we fail to recognize.

There is a colossal water scarcity problem in the world. Millions of people struggle to find enough clean water to survive.

In order to move toward a solution, we need to first understand the problem. In this post, we’re going to help you understand the how, what, and why of the water scarcity problem.

The Staggering Lack of Clean Water In The World

In order to better comprehend that staggering number, that’s the equivalent of:

And as the years fly by and overpopulation becomes an increasingly difficult problem to solve, that number continues trending upward, inflating and growing, but never going down.

Water scarcity is a harsh reality.

By the year 2018, some 1.1 billion people worldwide will lack access to any sort of water, and a total of 2.7 billion will find water scarce for at least one month of the year.

Out of those figures, 2.4 billion will have inadequate water sources and have to deal with a series of life threatening diseases. A vast majority of the world population will regularly experience outbreaks of typhoid, cholera, malaria, zika, and dozens of other water borne illnesses and parasites.

In the year 2014, two million people died from diarrheal viruses and the ensuing complications. Out of those numbers, 43 percent were pre-adolescent children, most under the age of five.

Access to basic sanitation and clean affordable water, can save over 17 thousands folks a week.

The majority of people afflicted by this problem live in desolate, isolated, poor regions. These are often rural places that in often find themselves embroiled in some sort of political challenges.

In many cases, water, not oil, is the most precious commodity for these disenfranchised citizens, with warlords and local mafias using the resource as a means of power and political pressure.

Access to clean water is of paramount importance for those without it. There are millions of people risking their lives and spending hours just for a clean gallon of water. Children go without any education, their sole responsibility trodding dozens of miles a day and fetching water.

In essence, a community without a viable source of clean water is destined for extinction. Clean water means economic growth, education, better income and healthy neighborhoods.

And the outlook isn’t any better:

By 2025, two-thirds of the world’s population may face water shortages. Although the surface of our planet is covered mainly by water, over 73 percent to be exact, only 3 percent of it is considered drinkable. And, to complicate matters, only ⅓ of that scant number is accessible to humans (the rest is tucked away in glaciers, and remote regions). Finding fresh water sources is an incredibly rare thing.

Overpopulation and consumption has put a strain on an already depleted ecosystem. Many water systems, like lakes, rivers and aquifers are drying up an alarming rate or, due to our meddling, becoming far too polluted to use.

Agriculture, above all other practices, consumes enormous amounts of water, more than any other industry. These precious resources are consumed in an ineffective manner.

Additionally, in impoverished regions, such as Africa (where thousands die from a result of having zero access to clean water) or in Pakistan (where the shortage has claimed ⅓ of its population), a different set of problems assaults the region: economic water scarcity.

In most of these districts, water treatment plants and “soluble” wells and aquifers are nothing more than open holes in dry river beds. In Tanzania, this last practice led to devastating epidemic that slashed their population by 75% in the late 2013.

What Is Economic Water Scarcity? 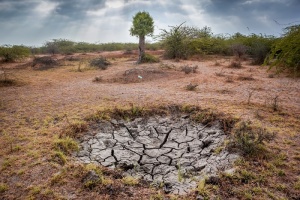 Economic water scarcity is a term that begun having a wide range appeal in mid-2007. It was defined, after a rather long and investigative essay, as a condition caused by the lack of investment in water infrastructure.

The concept first came into play after researchers and policymakers, overseen by the International Water Management Institute in Sri Lanka, conducted a 50 year study to determine the viability of sustaining life on Earth with the growing population problem. Their findings were less than hopeful.

One on the prime symptoms of economic water scarcity is a region’s capacity, both technological as well as human, to satisfy the area’s demand for drinkable water. It is a critical and typical manifestation of underdeveloped countries.

The main aspects of economic water scarcity are:

Countries with a high degree of water scarcity:

All countries suffer from water scarcity in one way or another.

For example, the United States, a nation that takes for granted the gift that is drinkable tap water, is in the midst of a major water crisis. The Western States, among them California, are having to cut back on water delivery to certain areas. The Metropolitan Water District of Southern California, the region’s water supplier, will deliver 15% less water to cities in the greater Los Angeles area starting in July 2018.

Nonetheless, the US and other first world nations have the advantage of a growing and confident economy, one that can acclimate itself to any sort of natural woe by investing heavily in infrastructure.

Others are not so lucky. 3 countries standing on the brink of complete water related collapse are:

The United Nations considers water scarcity to be one of the most detrimental and crippling crisis attacking struggling economies and communities.

While we may not have solved the problem of water scarcity, we’re certainly making an effort to minimize the problem in as many ways as possible.

She knew what she was talking about.