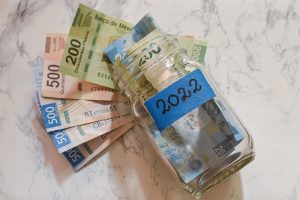 The position of the Mexican peso and the strength that it has reflected in the markets during the first half of 2022, despite the circumstances that impact the global economy, has surprised analysts and experts, who have even called it a super peso.

A super currency is attractive to foreign investors because of the return it offers through its respective interest rate and because of its liquidity in the market, said Dr. Mario Dipp Núñez, director of CETYS Universidad Campus Mexicali and professor of the CETYS Graduate School of Business.

At the end of May, he added, the Mexican peso reflected an appreciation against the US dollar of 3.7%, with a parity of 19.41 pesos per dollar, not seen for two years. The strength it has shown despite the falls suffered in the markets due to risk aversion led to the reference of the super peso.

This premise is based on the fact that despite high global inflation, problems in the supply chain, the invasion of Ukraine, and the new confinement in China due to outbreaks of COVID-19, the peso did not reflect the volatility and, on the contrary, managed to accumulate earnings and reflect a positive streak that has been maintained.

“The exchange rate of a country must be in balance.  If the peso is very strong, it will become attractive to consume foreign products and services in excess, affecting the trade balance downwards. On the other hand, if the Mexican peso is weak, it will result in stimulating exports but cause inflation because foreign inputs will be more expensive.

In this context, to speak of a healthy currency, it must be preponderant that it is balanced based on multiple factors that affect the economy. “The exchange rate is the result of the productivity of an economy, its level of inflation, market supply and demand, and growth expectations,” said the professor of the Master of Business Administration.

According to the academic, the appreciation of the Mexican peso is based on:

* The decline of the US dollar, which has been weakened by the excess of dollars in the market, as a result of the stimulus programs for the US economy that reached more than 5 trillion US dollars, resulting in a level of inflation not seen in fifty years.

* The greater entry of dollars into the country, due to the increase in remittances and exports that are estimated to rise by at least 10%, in addition to the Bank of Mexico’s strict monetary policy against inflation.

It is worth mentioning that, according to the Bank of America, the Aztec currency will maintain its strength at least for the rest of the year. “The Mexican peso has been the best performing emerging market currency since the start of the pandemic. It is an easy currency to trade and trade. Even with this, its strengthening is surprising, since historically Mexico’s growth has been weak and political uncertainty continues to be high for foreign investment, and we must bear in mind that with the high inflation in the United States, increases in interest rates are expected. interest, which can unbalance the balance in favor of the dollar”, concluded Dr. Dipp.