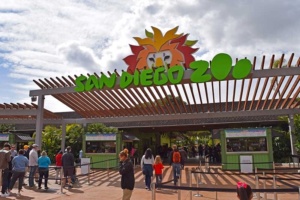 The San Diego Zoo and the San Diego Zoo Safari Park will resume operations on June 20, 2020, with limited shopping, dining, and other experiences available at both parks. During the initial reopening phase, each park will operate with limited on-grounds capacity and reduced hours of operation.

Both facilities, which have remained closed since March 16 due to COVID-19. A ‘soft’ reopening will begin on Sunday, which will be invite-only for members of San Diego Zoo Global, the umbrella organization for both facilities.

The San Diego Zoo is a zoo in Balboa Park, San Diego, California, housing more than 3,500 animals of more than 650 species and subspecies. Its parent organization, San Diego Zoo Global, is one of the largest zoological membership associations in the world, with more than 250,000 member households and 130,000 child memberships, representing more than a half-million people.

The San Diego Zoo was a pioneer in the concept of open-air, cageless exhibits that re-create natural animal habitats. It is one of the few zoos in the world that houses and successfully bred the giant panda, although the pandas have recently been repatriated to China.

With over 4 million visitors, San Diego Zoo is the most visited zoo in the United States. Travelers have also cited it as one of the best zoos of all time.