People are asking to investigate the origin of Covid-19 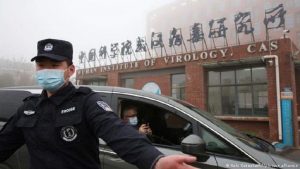 According to information recently published by The Wall Street Journal, three researchers from China’s Wuhan Institute of Virology fell ill and sought hospital care in November 2019, months before the pandemic was declared, in such a way that this could strengthen the growing calls for a more detailed investigation into whether the Covid-19 virus could have emerged from a laboratory.

The foregoing was communicated through an undisclosed US intelligence report, which was issued during the last days of the administration of former President Donald Trump, according to the details, the researchers from the laboratory study center for the coronavirus and other pathogens, presented consistent symptoms of both Covid-19 and seasonal infections.

It should be noted, the number of researchers is still unknown, as well as the number of visits made to the hospital, however, a meeting of the decision-making body of the WHO (World Health Organization) is expected, and that the next phase of the investigation into the origins of Covid-19.

In this regard, China has denied such information, calling it “totally false”.  For his part, Andy Slavitt, a White House adviser, said: “You have to get to the bottom, whatever the answer, and it’s a priority for us.” He added, a transparent process is needed between China and the WHO.

“We continue to have serious doubts about the early days of the Covid-19 pandemic, including its origins in the People’s Republic of China,” said a spokeswoman for the National Security Council.

According to what has been published by some media, in January of this year, a four-week stay was made by experts from the WHO and China in Wuhan, of which the possibility of the spread of the virus was ruled as “extremely unlikely”.  for an incident in a laboratory.

However, it was the director of the WHO, Tedros Adhanom Ghebreyesus, who requested a new investigation on this hypothesis; this after the US and several countries expressed concern and asked China for access to their data and samples of possible early cases of Covid-19.

Members of a WHO-led team said they requested access to a Wuhan blood bank to test samples from before December 2019 for antibodies, to which Chinese authorities initially refused, citing concerns from privacy, and after they agreed, however, they have yet to provide such access, they explained.