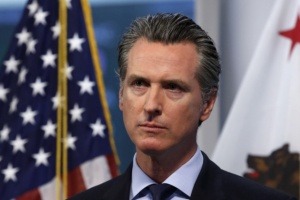 California Gov. Gavin Newsom criticized Trump’s executive order saying that it will not be economically feasible for the State.

After the executive order signed this weekend, California will have a difficult challenge to face.

Newsom began his briefing by talking about President Donald Trump over the weekend signing executive orders deferring payroll taxes for some Americans and extending unemployment benefits after negotiations on a new coronavirus rescue package collapsed.

“There is no money sitting in the piggy bank of the previous CARES Act to be reprioritized or reconstituted for this purpose,” the governor said. “Simply, it does not exist.”

Paying 25% of the new round of unemployment benefits would cost California an estimated $700 million a week, as the state reckons with unemployment and underemployment figures not seen since the Great Depression.

Trump announced the payroll tax cut would apply to those earning less than $100,000 a year.

Extra aid for the unemployed will total $400 a week, a cut from the $600 that just expired. Trump said states will be asked to contribute 25% of that new amount. The President also signed executive orders holding off student loan payments and extending the freeze on evictions.

Negotiations between Republicans and Democrats failed this week. Therefore, Trump said he would take action by himself. Trump accused Democrats of loading up their rescue bill with priorities unrelated to the coronavirus.

The Coronavirus Aid, Relief, and Economic Security Act (CARES Act) included $150 billion appropriated directly to State, territorial, tribal, and some local governments through the Coronavirus Relief Fund (CRF) to cover costs incurred due to the COVID-19 emergency.  As of the latest report from the Treasury Inspector General regarding State expenditures, more than $80 billion of CRF dollars remain available, to supplement the billions of dollars States have received in other Federal assistance, such as the $8.8 billion in emergency assistance provided under the Stafford Act. In addition, the Department of Homeland Security’s Disaster Relief Fund (DRF), has more than $70 billion in emergency assistance funding available.