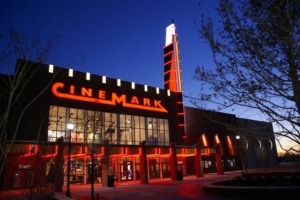 Warner Bros. was seriously considering forgoing the planned theater run of Wonder Woman sequel and follow Universal Pictures’ lead to put some of the movies OnDemand.

The preference was still to release the movie theatrically but executives are considering a streaming alternative” aside from HBO Max.

Studios like Universal have released some of their movies through streaming services to make content available for people due to the Stay-At-Home orders due to COVID-19.

As Movie theaters continue to be closed, studios are looking for alternatives.

Wonder Woman will debut on the movie theaters August 12, 2020, as the economy begins to open again. The majority of Hollywood films have pushed to late 2020 or found a new home in 2021.

Netflix said it added 15 million new subscribers to its platform in the first quarter, bringing its total number of global customers to 183 million.

But studios will keep supporting movie theaters because of the millions of dollars that generate to the industry.

According to CNBC, the reason studios are sticking to theatrical releases instead of swapping over to on-demand streaming is the Academy Awards.

The academy requires a film to be released in a commercial theater in Los Angeles County for at least seven days and be shown three times a day in order to be eligible for a nomination.

It’s unclear if the Academy Awards will be impacted this year because of the coronavirus pandemic. Typically, those seeking a nomination at the prestigious awards show, arrive in theaters in November and December.