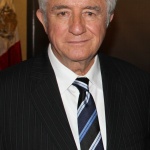 We Mexicans are about to define two major issues that will mark the course of the next 20 years. This is the conclusion of the renegotiation of NAFTA and the presidential election in July of this year.

It is not new that, in the middle of an electoral process in any part of the world there is a certain degree of uncertainty, especially in a Mexico used to economic crisis every 6 years which we have experienced with PRI governments during the 20th century until the transition in 2000 when with a responsible management of the economy, we moved away from sexennial problems.

However, in the last 12 years, Mexican politics have been confronted with the populist phenomenon of Andrés Manuel López Obrador, former head of government of Mexico City (2000-2005), who uses a discourse of false promises attractive to the public but difficult to fulfill; he seeks to be President of Mexico since 2006, taking advantage of a division of society that he has fostered.

Strangely, López Obrador, today’s MORENA candidate and leader in the polls, connects with the same type of voters that led Donald Trump to the victory: irritated citizens who yearn for an old economy; those who want a regulatory and benefactor state with reservations about free trade, and who see hope in populist politicians.

Fortunately, on April 22, Ricardo Anaya, candidate of the “Por México al Frente (For Mexico at the Forefront)” coalition, clearly won the presidential debate and exhibited the lies and authoritarian López Obrador’s position, who among other absurdities, proposed amnesty for criminals, cancelation of the construction of the new airport in Mexico City, and review of the commitments of our country such as NAFTA. 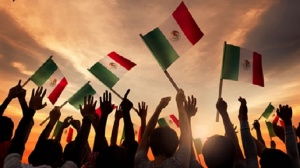 Now Mexico must decide in the next few months which model does it want: that one of López Obrador who sees the past by reverting it into the outdated practices of the old PRI, or that of Ricardo Anaya, who with preparation, talent, honesty and discipline goes forward.

At the same time, the final details of the NAFTA renegotiation are being defined, such as the sunset clause that imposes a termination date for the agreement, which requires a minimum 50% of US auto parts in each manufactured car in the region, salary increase in Mexico, and aluminum tariffs.

It is essential that the negotiations are completed this month with the intention of being approved in Mexico before the presidential election of July 1, since, in the worst case scenario, a populist government in Mexico and in the United States will put agreements and commercial exchange at risk.

All of this has Mexico under political and social uncertainty, our currency value under volatility and investments under a dilemma; as it happened in the days before the presidential election in the United States when our currency was trading around 18.25 pesos per dollar and after Trump’s victory, it reached 20.73 pesos per dollar, canceling some investments and postponing others.

Mexico lives crucial hours, on July 1 we will elect the president who will have to implement what we have worked for in recent years, we will vote for the person who will lead Mexico towards the transition of the 4th Industrial Revolution; in addition, this year we must have a strong NAFTA and start of a new era of economic growth and development in North America.

The future is promising if we decide well.