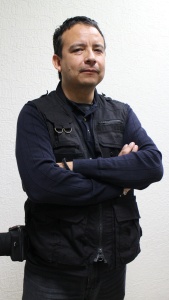 Talking about Mexicali is talking about a mosaic of opportunities, cultural nuances, geniuses and proposals. Our land, the cradle of the Cachanilla, the Chinese food, the embracing sun and the Mexicali Rose, has seen this year an unprecedented movement that awakened the social conscience of its inhabitants, both their own and those who have come from elsewhere in country and even the world.

As we have seen, every movement has evolved with its risks and positive aspects. I think that to this day, water has been slowly taking its course. That is why I would like to emphasize and recognize the way in which society has been able to discern between the authentic and the personal interests, both in the esplanade of the Civic Center and inside the offices of government.

There is a long way to go, yes, but it has been a wonderful beginning that we have had the honor of witnessing.

It is time, then, to clean the house, to take out the trash, to update our files and let the sunlight into our homes, in many ways.

It would be futile for someone to claim the paternity of a movement that took years, even decades, to hide. It is enough to remember seven years ago how the citizens of Mexicali left in solidarity after the earthquake that an Easter Sunday shook our reality. Examples abound as in the midst of sadness, of grief, we Mexicalenses have pushed all in the same direction; as among tragedy a hand takes us out of the mud.

Today many are the challenges. We must build brick to brick our present and future, on the hard foundations that our young history has inherited to us. As is cyclical, the issue of security is one of them and, as has also become a habit, when high-impact criminal acts are given, we turn to the government with a “… and nobody does anything”, forgetting so voluntary at times, that the issue is more of the people than of those in government.

Do not! It is not a matter of immunizing those responsible mainly to prevent their sins, but not leaving everything to them.

Let’s not forget that home is the first teacher of us all. Let us not be frightened when our children begin to adopt reactions that we have inherited them with pure model, attitudes that evolve as they grow. In our hands is to take action and responsibility as a society. 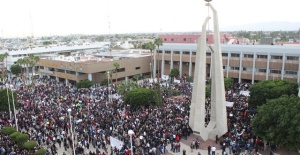 The government’s responsibility is to manage the resources necessary to be at the level society expects to combat crime, mainly to prevent it, but above all to apply those resources as they should, not as it has happened in a “traditional” way in public administrations , where resources have been budgeted for prevention projects and have ended in current expenditure. This can be a sign of two things: no one supervises the correct application of these resources, or those who should do it are accomplices of these bad managements.

That is why efforts like the one Chamber of Commerce Coparmex announced to help not only with preventive corporations, but also with those who seek justice and even those responsible for legislating on this issue, should be nothing more recognized, but multiplied. Don’t you think so?

I’m sure that Mexicali will continue to give much to talk about in the following years and that those who are encouraged to take the reins of our community’s destiny, will be very clear that the challenge is as great as wonderful.

And before I say goodbye, I want to inform you that since last April 3, I am the head of the radio news station “Primera Voz”, at 820 AM, Radio Frontera. Thanks to those who tune me from Monday to Friday, 8 to 10 in the morning at this station and also at its Internet link. I invite you to follow me and “like” their Facebook page.

* Marco Vinicio Blanco Pichardo is Director of the news website: PoderMX.com and head of the radio news program “Primera Voz”.