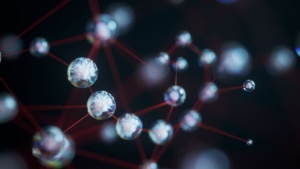 By: Sankar Das Sarma, physics faculty member at the University of Maryland

Machine learning is a field of computer science that seeks to build computers capable of discovering meaningful information and making predictions about data. It is the core of artificial intelligence (AI) and has powered many aspects of modern technologies, from face recognition and natural language processing to automated self-driving cars.

1 Google Translate’s online service uses machine learning to convert Chinese characters into English text with no human intervention. Machine-learning techniques were recently used to build AlphaGo,2 a robot that has defeated the world’s best players in Go, an ancient board game; developers have considered mastering the game as the highest AI achievement. Until AlphaGo demonstrated its prowess, the game was widely thought to be too intricate for machines to excel at because of the huge number of possible moves.

One of the biggest problems facing machine learning is the so-called curse of dimensionality—in general the number of training data sets required for the machine to learn the desired information is exponential in the dimension d. If a data set lies in a high-dimensional space, then it quickly becomes computationally unmanageable. That complexity is similar to quantum mechanics, for which an exponential amount of information is generally also required to fully describe a quantum many-body state.

Despite its intricacies, quantum theory is arguably the most successful quantitative theory of nature. It not only provides the basis for understanding physics on all length scales, from elementary particles like electrons and quarks to gigantic objects like stars and galaxies, but also lays the foundation for modern technologies ranging from lasers and transistors to nuclear magnetic resonators and even quantum computers.3 Given the great successes of both machine learning and quantum physics, one may ask: Can these two seemingly unrelated but intimately connected fields merge in a seamless, synergistic manner?

It sounds like science fiction, but that fusion is happening right now and may lead to presently unimaginable breakthroughs in both fields. Machine learning has progressed dramatically over the past two decades, and many problems that were extremely challenging or even inaccessible to automated learning have now been solved. Those successes raise new possibilities for machine learning to solve open problems in quantum physics.

Meanwhile, the idea of quantum information processing has revolutionized theories and implementations of computation. New quantum algorithms may offer tantalizing prospects to enhance machine learning itself. The interaction between machine learning and quantum physics will undoubtedly benefit both fields.