Imperial County Will Move Back to Stage 2 Low Risk Again 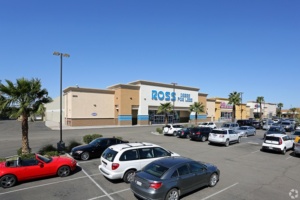 Imperial County Health Officer, Stephen Munday, updated the Imperial County Board of Supervisors to provide an update on the status of COVID-19 in Imperial County. During the briefing, Dr. Munday informed the Board, that in light of the improvements in local positive case rates and hospitalization rates that a request has been made to the State for Imperial County to return back to Stage 2, lower risk in the recovery process.

A return back to Stage 2, the lower risk would allow the reopening of certain sectors, as outlined by California’s Resilience Roadmap. However, until this request is authorized by the California Department of Public Health, Imperial County remains in Stage 1.

Dr. Munday also shared that the Department continues to closely monitor the required metrics for moving into Stage 2, higher risk. In fact, Public Health Department staff has been preparing documentation to initiate the variance process once the metrics have been met. This would allow the County to move into the latter stages of state 2, which would allow for broader reopening of businesses, also as allowed under California’s Resilience Roadmap. A key metric being monitored for this phase is the 7-day testing positivity rate.

The current rate is 9.7%. The goal is to maintain a 7-day average of positive cases of less than 8%.

It is important to note, that although the County continues to make substantial progress in meeting the metrics established by the State, the County still remains on the California Department of Public Health County Monitoring list. The County’s progress on the monitoring list will be taken into consideration before certain activities such as school reopening and certain indoor and public activities are allowed to resume.

Additional updates regarding Imperial County’s recovery status will be provided in the days to come.

As of the week of Aug. 18, the county positivity rate was at its lowest since the pandemic started. The recent positivity rate was at 9 percent. California Gov. Gavin Newsom ordered Imperial County to go back to State 1 due to the surge in positive cases in the county. In response to the order, the Imperial County Health Department introduced and amended order that prohibited indoor church services, the closure of county parks, and allowed only curbside pickup for businesses.

This had a good outcome since the county’s positivity rate decreased from 30.3 percent to 11.2 percent after the state intervention. Newsom said that the “Imperial Model” will be used in other parts of California to identify local needs and take a similar approach.

Imperial County Health Director, Jeanette Angulo, said that her department has worked for the last six months talking to the state on a daily basis and make sure the health and well-being of the residents are kept.

Angulo said that the hospitalization rates have gone down in Imperial County and the amount of transfers of patients out of the county has decreased as well.