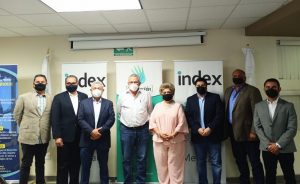 The current president of the Business Council said that development, security, and education are the issues they will be working on. “Foreign and national investment is never adequate, there is always more. We must promote it and we hope that with the unity of the business sector we can give Mexicali a better face,” he stressed.

For his part, Octavio Sandoval commented: “Without ignoring the critical cases of small businesses and those companies that did not survive and were affected, the economy is not bankrupt in Baja California, it is in reactivation and favorable conditions.”

On another subject, Luciano Jiménez, highlighted, since January of this year the border crossing delays have affected the export sector, particularly during the last two weeks of March, in which lines of up to 10 to 12 hours were experienced, which represented fines of up to 12 thousand dollars to 70 Mexicali companies for not complying with the established delivery times. In this sense, the authorities mentioned, the export sector both those of Mexico and the United States have been coordinating and the crossing time has accelerated from one to two hours.