-WHEN THE USE OF LEGAL SUBSTANCES LEADS TO UNLAWFUL CONDUCT

Recently, the personal possession and use of marijuana has become legal in certain states, including California. However, that doesn’t mean its use is legal in all circumstances. Just as with alcohol, minors (defined as persons under the age of 18) may not legally use marijuana. Exposing children to marijuana, such as by smoking it in their presence, can be the basis for removing children from the custody of their parents and even terminating parental rights. Furthermore, even if a parent is not personally using the substance, a child may still be deemed at risk. By enacting certain statutes, the California Legislature has expressed its intent to keep children out of a home where they could be subjected to the negative effects of substance abuse. These laws do not contemplate the legality of the substances, nor do they require intentional or willful action by the parents. For example, even if a parent does not voluntarily ingest marijuana by smoking it,but takes a child to a place where others are smoking it, thus exposing the child to the substance, the parent is considered equally culpable. The provision of a home environment free from the negative effects of substance abuse is a necessary condition for the safety, protection and physical and emotional well-being of the child. 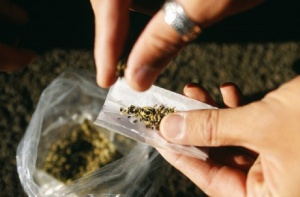 Just as exposing children to marijuana is illegal, driving while under the influence of marijuana is illegal. Although it is difficult to determine at what levels a person becomes too impaired to drive a vehicle, ingesting marijuana adversely affects the skills needed to drive a vehicle safely. Laws relating to driving under the influence do not carve out exceptions for legal substances, and individuals will be prosecuted if there are cognizable indicia of impairment.

Prescription drugs present similar problems. Every day, individuals are lawfully prescribed painkillers to cope with diseases and physical ailments. These medicines provide effective relief and are safe when used in accordance with physicians’ directions. However, not all who take prescribed medications follow these directions. Opiate addiction is on the rise in our region and in our countries in general. Although not ingested through smoking, children can gain access to these drugs. Swallowing even one pill could be lethal for a child.

Here, the question is not simply whether marijuana or other legal substances are harmful to those who take them. The more important question is whether the repeated and continued abuse of certain mind-altering substances poses risks to public safety and especially to the safety of the most vulnerable members of our community, our children.