Changes in World Politics That Highlight 2022 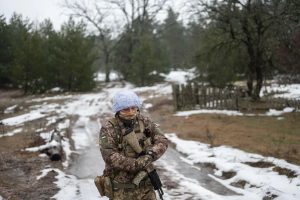 As 2022 comes to a close, the year was filled with the tragedy of war, a continued health crisis due to the pandemic, and other events that forever changed world politics.

It was a year when we lost many pop culture icons and artists that shaped our entertainment landscape.

And in pursuit of remembering those events that marked the year that ends, we list a few for you.

The U.S.-Mexico relationship is one of the world’s most important, dynamic, and economically significant. The two countries share so much more than a border. With 200 years of bilateral relations, over 40 million U.S. citizens of Mexican heritage living in the United States, and millions of Americans living in and traveling to Mexico every year, the countries enjoy a unique shared history, heritage, and culture.

There were celebrations in many cities organized by the Mexican Consulates.

The year began with Russia’s invasion of Ukraine. The traumatic war crimes against the Ukrainian people and the escalating humanitarian crisis have strained the global economy and every level of civilized society.

Inflation, high gas prices, and the U.S. economy getting weaker resulted from the 2020 pandemic and the war.

Russia’s invasion of its neighbor Ukraine unleashed misery on millions of Ukrainians, shattered Europe’s sense of security, ripped up the geopolitical map, and rocked the global economy.

In her 70 years on the throne, Queen Elizabeth helped modernize the monarchy across decades of enormous social change, royal marriages and births, and family scandals. For most Britons, she was the only monarch they had ever known.

The Oscars are Hollywood’s biggest platform and Will Smith, one of its biggest stars, was expected to reign with a best-actor award for the tennis dad biopic “King Richard.” But Smith lost while winning. Angered by a joke that presenter Chris Rock made at the expense of his wife Jada Pinkett Smith, he strode onstage and slapped Rock, hard, drawing gasps from the TV and theater audience. A tearful Smith made excuses during his acceptance speech that March night and issued subsequent apologies. The film academy penalized him, but the Oscar prospects of his upcoming movie, “Emancipation,” are being debated.