Californians May Have to Repay Unemployment Benefits Due to Overpayment 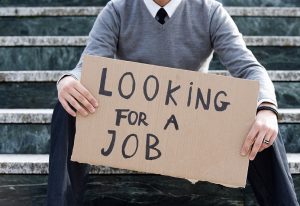 People that have been overpaid unemployment benefits during this pandemic may have to repay the state if they fail to show their income.

Several unemployment recipients in California have received a letter telling people they have 21 days to provide 2019 income documents for their pandemic unemployment assistance.

“You must prove your 2019 income to avoid a decrease in your weekly benefit amount. If you were paid benefits you may have to repay what you were not entitled to receive,” said an e-mail sent this week.

States are either asking recipients to return the money or subtracting the funds from their ongoing unemployment checks, adding to the financial stress of being jobless during the pandemic. In some cases, the overpayment was due to claimants misreporting their income, but errors by state labor department staff and computer errors also played a role. In Pennsylvania, for instance, a vendor processed duplicate payments, resulting in aid recipients getting too much money.

The EDD in California temporarily suspended the certification requirement for claims early in the pandemic, through the week ending May 9, 2020. The EDD called this “an emergency effort to help process a historically high number of unemployment claims.”

If someone received benefit payments prior to May 9 and did not submit certification, they now need to provide a retroactive certification. This applies to both regular Unemployment Insurance and Pandemic Unemployment Assistance claims.

The EDD said you may also need to retroactively certify “if you returned to work during this time and received benefits anyway due to this temporary waiving of the certification period.”

If you do not submit a retroactive certification, the EDD said it “will make a determination based on information available. If you were not eligible for benefits, you may receive a Notice of Overpayment and you must repay the EDD.”

Unemployment benefits for workers in California who have lost jobs or had their hours reduced due to the COVID-19 pandemic now total $110 billion stemming from 16.4 million claims processed since March. According to the latest data from the California Employment Development Department (EDD), both applications received and claims processed last week increased slightly from the week before for the first time in about a month.

The total of federal Pandemic Emergency Unemployment Compensation (PEUC) extension claims for individuals who run out of regular state unemployment benefits accounts for about 26% of the nation’s total.

According to the latest data released by the Employment Development Department (EDD), the benefits are associated with more than 16.1 million claims processed over the past eight months.

In just the last four weeks, a total of 4.4 million Californians have been paid unemployment benefits – down slightly from last week’s four-week rolling total.