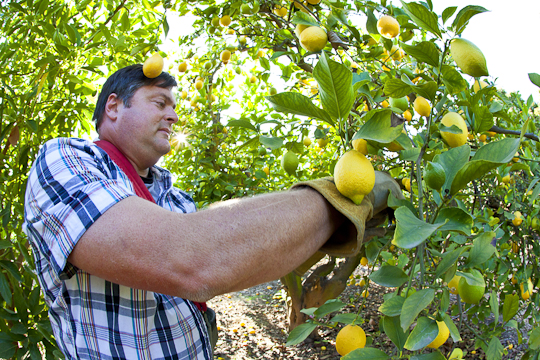 The USDA (United States Department of Agriculture) is proposing to allow lemons from Argentina.

California’s lemon industry was valued at $596,124,000 in 2014, with Ventura, Riverside, San Diego, Tulare and Kern counties the leading growers.

California citrus officials are fuming over a proposal to allow lemons from Argentina into the United States.

Joel Nelsen, president of California Citrus Mutual in Exeter, said in a statement Friday that the move creates the potential for pests and disease to enter the U.S.

“Today while the U.S. industry is fighting to stay vibrant against the ravages of an incurable disease, Huanglongbing, the Obama administration wishes to bring more fruit from pest-infested and diseased areas,” the statement said. “What kind of logic is that?”

California’s lemon industry was valued at $596,124,000 in 2014, with Ventura, Riverside, San Diego, Tulare and Kern counties the leading growers.

USDA officials said the decision to allow lemons from Argentina was done carefully and after a comprehensive pest-risk analysis. As part of that analysis, the USDA’s Animal Plant Health Inspection Service determined that lemons produced in northwest Argentina would be safe to import into the U.S.