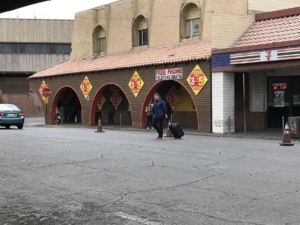 What is happening to Downtown Calexico?

What is being done to improve it?

The Calexico City Council discussed a downtown action plan at their last meeting to see what direction they will take to improve the area that was once the jewel and the most important business area in Calexico.

City department heads met and brainstormed to develop key elements to address the public safety, business development and aesthetic needs for downtown. Over the course of several months, city department heads developed concepts that resulted in the components that comprise the proposed downtown action plan.

In 1984 a master plan for downtown was developed, which included uniform colors for business facades, lighting that would be used for the businesses in downtown along with other elements that were considered at the time. These efforts are relevant to track the historical initiatives that the city council has undertaken to address the needs throughout the past decades.

On May 17, 2019, the City of Calexico Business Improvement District approved the proposed downtown action plan with all the elements listed.

The following opportunities were identified to implement the priority elements as part of the proposed downtown action plan:

In regards to the problem with illegal taxis (Raiteros) that has caused a problem for local transportation companies, the council introduced the first reading of an ordinance that subjects unpermitted taxicab “Raiteros” operation to a minimum fine of $1,000 per violation. The ordinance also sets fines for other violations of the Chapter, including for passengers in unlicensed taxicabs (“Raiteros”), at $100.00 for the first violation, $200.00 for the second violation within one (1) year of the first violation; and $500.000 for each additional violation within one (1) year of the second or preceding violation.

Last year, the Calexico Planning Commission approved a zone changed to the downtown area to allow residential units to allow mix-use development. The Calexico City Council later ratified the recommendation allowing the city to move forward in this project that will allow the development of single housing units in downtown ‪Calexico and mirror what other California cities have done when they allow residential units’ mix with commerce and office space.