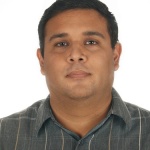 It’s been known for decades that Mexicali shoppers are the economic driving force in the Imperial Valley. Thousands of Mexicali residents cross the border every day to spend their money and support our local economy. Thanks to them, the Valley has grown and many retailers have decided to invest in the Valley.

The County of Imperial hired Michael Baker International and Crossborder Group to do a survey of cross-border travelers from Mexicali to Imperial Valley. 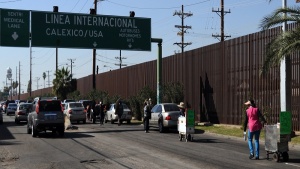 The overall goal of this travel behavior survey of cross-border travelers from Mexicali to Imperial Valley is to quantify the impact and benefits of northbound border crossers on Imperial County’s retail and workforce to assist in positioning Imperial County as a prime location for investment.

“Some investors may not be interested to invest in Imperial Valley if we tell them that we only have 180,000 in population. This report will demonstrate the economic impact we receive from Mexicali’s resident and their shopping behavior,” said Esperanza Colio-Warren, Imperial County Director of Community and Economic Development. The study was funded thanks to a grant given by the U.S. Economic Development Administration.

Respondents crossing the border with a purpose other than shopping planned to spend less on that visit to the United States than respondents crossing the border with the purpose of shopping. However, of those who estimated they would spend over $200 during that visit, the purpose of the trip was irrelevant. In addition, the average amount of expected spending for that visit did not differ very much between the two groups ($150 for ‘shopping’ versus $135 for ‘other’).

Types of purchase include clothing (67%) and food (45%) were the most common types of purchases, by a wide margin, followed by footwear (16%) and electronics (12%). Toys and gasoline (8%) tied for fifth and sixth while cosmetics/perfume/toiletries and pet food tied for seventh and eighth (5%). Household items/cleaning supplies (4%) was the ninth most common type of purchase.