Breaking News
Home / ECONOMICS / The USMCA could enter into force in 2020: Díaz-Bautista

The USMCA could enter into force in 2020: Díaz-Bautista

The Senate Plenary in Mexico approves the USMCA; it goes to the Executive.

The commercial treaty document, approved with 114 votes in favor before 4 against and 3 abstentions, will pass to the Executive for publication in the Official Gazette of the Federation and subsequent ratification. “The Plenary of the Senate of Mexico approved the draft decree by which the Treaty between Mexico, the United States and Canada (USMCA) replaces NAFTA.

There’s a certainty to North American trade and investment. The USMCA could enter into force in 2020 depending on the signature process of the 3 countries, “said Dr. Alejandro Díaz Bautista, an economist, national researcher at Conacyt and research professor at Northern Border College ( The Colef).

The Treaty between Mexico, the United States, and Canada will replace the North American Free Trade Agreement (NAFTA), which became operational since January 1994.

The document was sent to the Executive Power, to President Andrés Manuel López Obrador, for publication in the Official Gazette of the Federation and for its subsequent ratification. Mexico became the first country to ratify the trade agreement to replace NAFTA, known as the United States-Mexico-Canada Agreement, USMCA.

While President Donald Trump will meet with Canadian Prime Minister Justin Trudeau to discuss the status of the T-MEC or USMCA. Trudeau is likely to win the approval of his Parliament.

At this time, Trump needs Democrats to support in the of the House of Representatives, who still have some objections to the agreement.

On the other hand, prior to the G-20 economic meeting, the US trade representative, Robert Lighthizer, indicated his willingness to work with the Democrats to resolve the differences with Mexico and Canada regarding the T-MEC or USMCA. 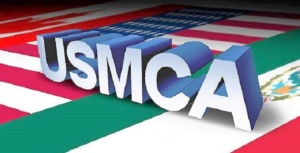 In a hearing before a panel at the House of Representatives in Washington, he indicated that he had high expectations that Mexico will comply with the commitments under the terms of the USMCA. On friction with China, Lighthizer said it was not clear when the trade talks would resume after it was announced on Tuesday that Presidents Donald Trump and Xi Jinping will hold a bilateral meeting in the framework of the G-20 summit in Osaka.

The USMCA will have a moderate positive impact on the gross domestic product (GDP), employment, wages, production and major industries of Mexico, the United States and Canada in the next few years of necessary adjustments after its entry into force. The USMCA provides the conditions and offers the certainty that economic agents require to take advantage of trade and investment opportunities in North America.

The USMCA will allow the economies of the three countries to promote inclusive economic growth that meets the needs of the majority and offers the well-being they require. Finally, automakers in North America have created the most sophisticated and integrated supply chain of any manufacturing sector in the world.