Certainty is being given to trade and investment in North America in 2020,” said Dr. Alejandro Diaz Bautista, an economist, as well as a research professor at the Northern Border College (El Colef).

The USMCA foresees conditions and offers certainty that economic agents require to take advantage of trade and investment opportunities in North America.

The USMCA will allow the economies of the three countries to promote inclusive economic growth that meets the needs of the majority and offers the welfare they require. 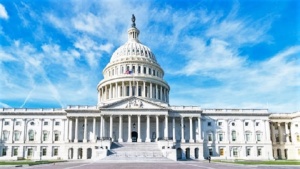 The United States-Mexico-Canada Agreement (USMCA), or by some called NAFTA 2.0, passed the Senate in a vote of 89-10 and will replace the North American Free Trade Agreement (NAFTA) that is in force for 26 years.

The trade agreement was approved by the House of Representatives last month, thanks to bipartisan support, in an overwhelming vote of 385-41.

The USMCA agreement will be sent to the White House where Trump’s signature awaits. After signing the trade agreement, it will need the approval of Canada to enter into force (the Mexican legislature already approved it last month).

The approval of the agreement by the House of Representatives and the Senate marks a victory for President Trump and will probably boost his candidacy for reelection in 2020.

While all three nations signed the pact for the first time in 2018, congressional Democrats spent months working with the Trump administration to push for better labor and environmental protections in the agreement. That helped many Democrats come together to support the agreement.