The actions taken by the current President of Mexico Andres Manuel Lopez Obrador show a great similarity to the path taken by the Ex-President of Venezuela Hugo Chavez, however, there is something we can differentiate between the two terms so far. Unlike the National Assembly of the Bolivarian Republic of Venezuela, which made the serious mistake of allowing the creation of the enabling law of Venezuela through which it transferred to the President its main authority to create laws, the Congress of the Union of the United Mexican States has not allowed such interference, therefore it is essential that there are representatives of all sectors and parties in the Chambers of Congress to avoid autocracy.

Nevertheless, the fact that the current President of Mexico has not tried to enact a law of such latitude does not mean that he is not presenting reforms that violate our rule of law or that show a path similar to the one traveled by the Bolivarian Republic of Venezuela.

Undoubtedly Mexico and Venezuela are different countries with a history that distinguishes them, so we cannot first-hand say that it is the same path, but it is important to pause and observe the direction that the country is taking. We began with the creation of a left-wing political party, through which opposition and extremist movement were created.

The curious thing is that at the moment that Hugo Chávez assumes the Presidency, he introduces a new Constitution that not only extends his mandate but also grants greater authority to the Executive Branch, weakening the influence of the Legislative Branch, this new Constitution is enacted by popular vote since the voters approve the changes through a referendum. Sound familiar? 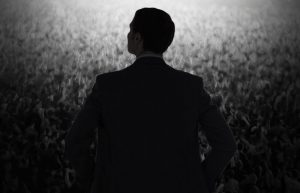 One year into the mandate of President Andres Manuel, on December 20, 2019, the constitutional decree 240 was published, in where the Congress of the Union approved the constitutional reform through which different constitutional provisions are added, the figures of popular referendum and revocation of mandate. The so-called popular referendum, although they present a procedure to carry them out with the approval of Congress and the supervision of the National Electoral Institute, in certain circumstances it allows them to be carried out without the approval of Congress, a red flag to watch out for, especially if the current President is attacking the integrity of the National Electoral Institute, if it succeeds in corrupting or disappearing it, as he has stated so much, this popular referendum procedure will remain unguarded and could be left to the Executive Branch advantage, as it was in Venezuela.

As I have mentioned, although it is true both countries do not have the same story, the three Powers Branches in Mexico still have their influence, it is important to be on guard and from our trench defend the rule of law and especially our democracy. If we continue analyzing the timelines of both mandates, we will continue to see similarities that must be taken into account, especially to address in order to not fall into the same errors.

-Editorial While the recent news has been bad for Calexico regarding its financial conditions, corrective …