FIGHT: Your duty is to fight for the law; but the day you find the law in conflict with justice, fight for justice.

The noble profession of lawyers is commemorated every year in Mexico on July 12, a celebration that was born at the request of Federico Bracamontes, Founder of the Mexican newspaper (Diario de Mexico), in commemoration of the first law class in Mexico given by Fray Bartolomé Frías and Albornoz on July 12, 1553 at the Royal and Pontifical University of Mexico. President Adolfo Lopez Mateos established July 12 as the day of the lawyer in Mexico and was celebrated for the first time in the year 1960.

This day is commemorated to recognize the hard work of lawyers, their work as rights advocates and in charged with overseeing justice. However, it is also a day to remember the duties of the lawyer as to the application of laws and justice; and to make a conscience examination, if as lawyers and Mexicans, we have acted under a legal framework that is based on justice. 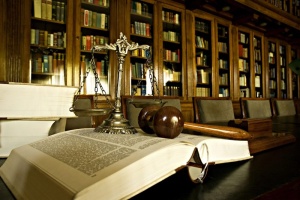 In the viceroyalty years, the lawyers had several distinctions. At that time, the jurists were distinguished from lawyers, jurists were the ones who studied and worked out legal consultations, lawyers were those who attended to the courts. Likewise, the lawyers were distinguished by a specific kind of dressing: black suit with short pants, shoes with gold or silver buckle and the traditional and indispensable gown. At the time of independence, the lawyers broke off the solemnities and began to dress with suits for their professional activities, nowadays most lawyers continue this type of clothing.

In Mexico in 2016, the General Directorate of Professions of the Secretary of Public Education (SEP) has issued 669 thousand 962 professional certificates of law graduates, from those 9.2% have a master’s degree and 0.5% have a doctorate degree. According to the National Occupation and Employment Survey (ENOE) in 2016, out of every 100 lawyers, 62 are men and 38 are women.

With the passing of the years the law has evolved, therefore, lawyers have been changing, adapting to current situations and needs, law is constantly transformed, therefore, lawyers need to be in constant study and updating. However, the duty of the lawyer has never changed, its essence remains and will remain the same, ensure justice and act in favor of the interests of those who entrust themselves to them. The lawyer’s profession is one of the noblest careers, because of its importance to ensure justice, and to seek peace and social welfare.

Different countries have their own history and day to commemorate lawyers: Ecuador February 20, Chile May 21, Colombia June 22, Venezuela June 23, Paraguay August 2, Brazil August 11, Argentina August 29, Bolivia October 12, USA May 1 (Law Day), among others. Nevertheless, on February 3 of each year all countries commemorate the International Day of the Lawyer.

Happy Lawyer’s Day! Happy Day to all those who day by day rise up to protect and fight for the interests of others, pursuing for justice, and seeking to achieve peace and social welfare!