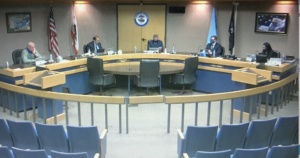 The Imperial County Board of Supervisors is analyzing the Stage 2 guidelines California Governor Gavin Newsom announced May 4 to reopen some sectors of the economy.

Governor Newsom announced that based on the state’s progress in meeting metrics tied to indicators; the state can begin to move into Stage 2 of modifying the stay at home order on May 8. Businesses and employers in those sectors will be able to open as soon as Friday if they can meet the guidelines provided by the state. Not all State 2 businesses will be able to open Friday with modifications. Some examples of businesses that can open with modifications include bookstores, clothing stores, florists, and sporting good stores.

Following the announcement, the County of Imperial is looking at these new guidelines as they prepare their own draft to reopen the economy, CEO Tony Rohoutas said during the May 5th meeting.

“We want to have a true balance where we open our economy while making sure people are safe,” Rohoutas said.

Imperial Chamber of Commerce Executive Director, Susan Paradis, spoke to the board about the concerns that small businesses have about their future and how can they access funding and support to get them back on track. She also spoke about the concerns business people have when it comes to welcoming clients and protecting their staff.

“They want to know what the process with these new guidelines is,” Paradis told the board, “If the state allows opening some sectors, will the county allow it or not? That’s one of the many questions they have,”

Rohoutas mentioned that they are also creating an economic recovery team consisting of the local chambers of commerce, Small Business Administration, Imperial Valley Economic Development Corporation, to see how they can support business people.

“We have a united front to move forward,” Rohoutas said.

Board Chairman Luis Plancarte said that they met with members of the El Centro City Council to discuss the reopening of the economy and said they found common ground and it was a very productive meeting.

“If we could give these mini-grants to at least 300 businesses that would be something,” Castillo said.