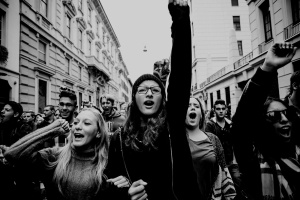 Human Rights is a concept that emerged on the 18th century, which lead to the recognition by nature of man and women as an autonomous individual with inalienable fundamental rights that should be safeguard by the State.

The development and perception of human rights in Mexico and the United States are quite different, the recognition and establishment of these rights occurred in different time period in both countries. The United States of America established human rights through the American Declaration of Independence of 1776, document based on the idea that all human beings are equal. The American Declaration of Independence addressed specific inalienable rights: right to life, liberty, and the pursuit of happiness. Afterwards, the United States of America promulgated in Virginia the Bill of Rights, document that reflected the same ideas of the American Declaration of Independence and became an amendment of the Constitution. It is worth mentioning that the human rights essence is reflected in the Bill of Rights but the concept as such was not introduced, these rights enshrined in the American Constitution are better known as civil rights.

Through the reform of 2011, Mexico recognized not only the concept of human rights but also allowed that international treaties be at the same level of the constitution and the human rights established on treaties that Mexico is party need to be protect and enforce in Mexico.

Nevertheless, both countries have quite an interesting development of human rights in different periods of time. Human rights are protected in both countries. However, work still needs to be done, even though, efforts had been made.